'Sadly some imbeciles have left their rubbish behind, including broken glass, which could cause possible injuries to young or vulnerable people' 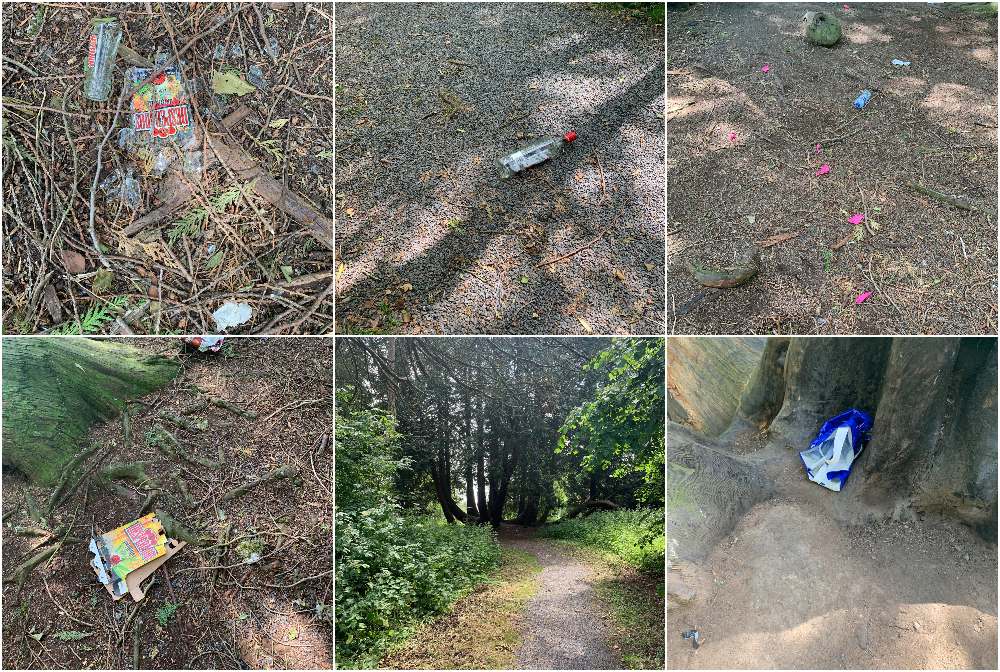 Families are being driven away from the Palace Park in Armagh by anti-social behaviour and young people gathering to drink.

And people are being put at risk of injury because of their responsible actions.

One Armagh woman said she was sickened by what she witnessed.

A group of people had gathered inside the main gates and were drinking – and worse – in full view of the main road and people visiting the park.

The woman, who did not wish to be named, told Armagh I : “I was out walking with my family this morning (Monday) in this beautiful area.

“Sadly some imbeciles have left their rubbish behind, including broken glass, which could cause possible injuries to young or vulnerable people.

“Why don’t they take their rubbish home or place in any of the bins close by? Would they do this in their own backyard?”

Describing their action as “disgusting and disrespectful”, she added: “What would their family think of this behaviour?

“Even more disgusting was when I observed two young people – one a ‘young lady’ – using the Franciscan Friary ruins as a toilet facility.

“It is absolutely shameful conduct and totally irresponsible, while social gathering rules are not being observed.”