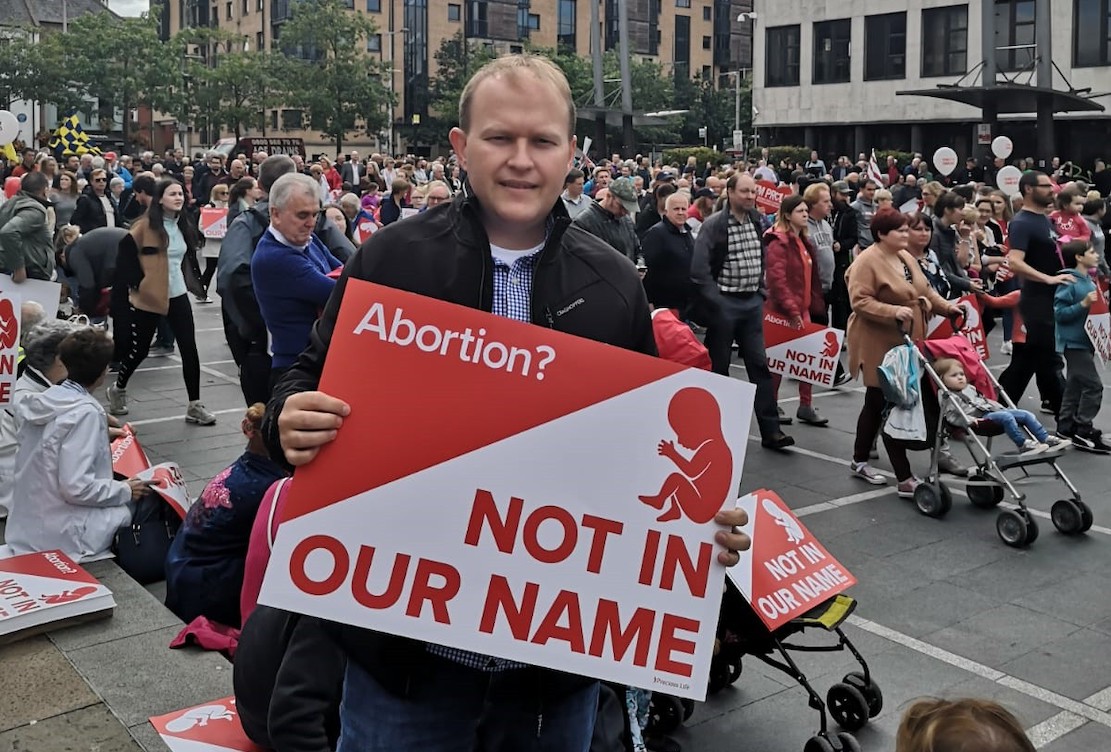 Thousands attended anti-abortion protests in Belfast over the weekend.

Among them was DUP councillor Gareth Wilson, who said efforts will continue to resist “one of the most liberal abortion regimes in the world from being enacted in Northern Ireland”.

Crowds gathered at Stormont to protest – in silence – against potential changes to Northern Ireland’s abortion law on Friday night.

While, on Saturday large crowds gathered once again to protest the “the liberalisation of abortion”.

In July, legislation was passed to bring Northern Ireland more into line with the rest of the UK if devolution doesn’t return by October 21.

“This was a huge event organised by Precious Life with thousands in attendance and there were people from every background, race and religion and from both sides of the border,” councillor Wilson said.

“We heard from many speakers on the day and in particular a lady who had two abortions, with profound regret, and is now a passionate campaigner against abortion and its very harmful effects.

“Her words were very powerful and really illustrated just how important it is to protect life in the womb.

“This followed the massive silent protest at Stormont the night before and these events combined have shown how concerning this issue is to local people.

“Efforts will continue to resist what is described as one of the most liberal abortion regimes in the world from being enacted in Northern Ireland.”