Work on the new £35m campus has got underway 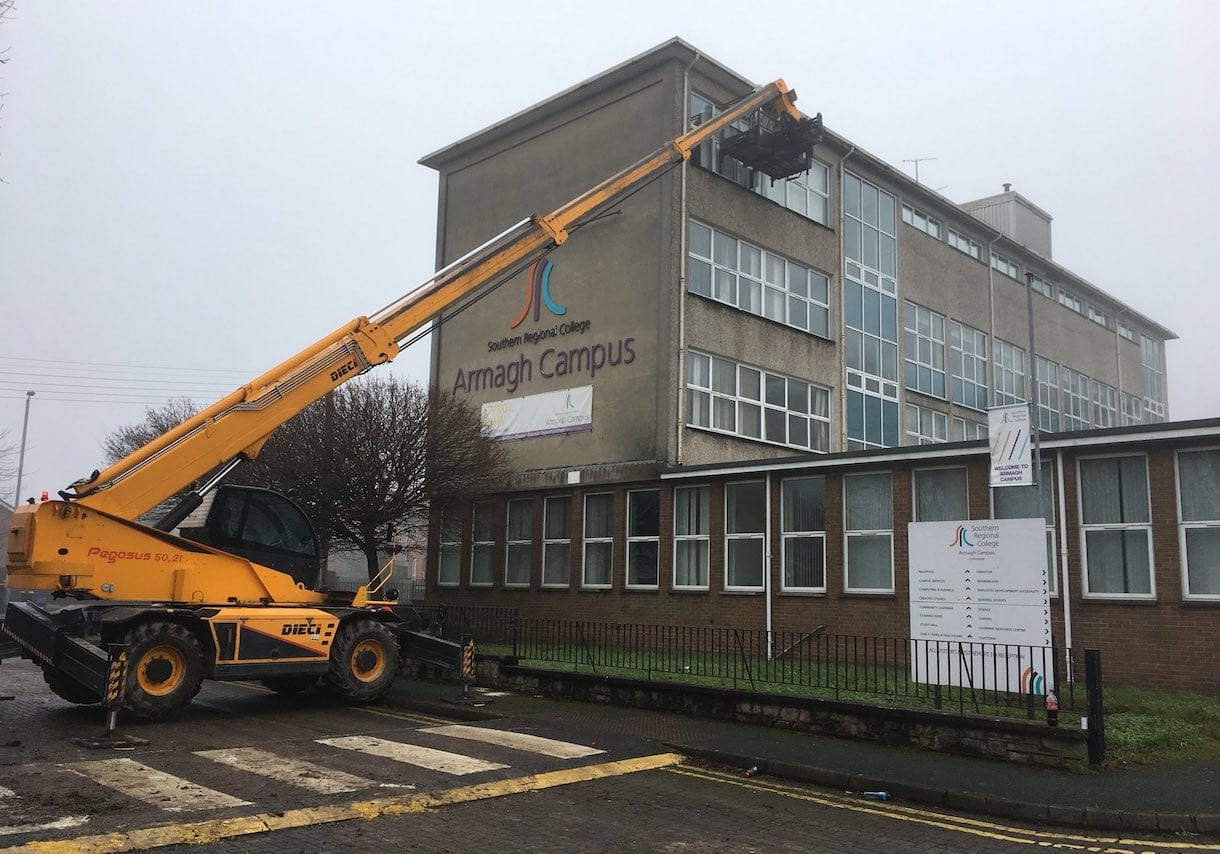 It’s the beginning of the end…or middle of the end, or a new beginning.

Whatever way you look at things, the old Southern Regional College campus in Armagh is making way for a bright new future.

Demolition has begun on the Lonsdale Road building with the guys at Eastwood Demolition sharing these images (below).

Last month, Armagh I reported that Newry-based Felix O’Hare and Company was appointed as contractor to lead the £35m Southern Regional College campus development in the city.

In conjunction with the Department for the Economy, the college plans to invest about £95m on developing three new campuses at Armagh, Banbridge and Craigavon over the next four years.

The first of the three, in Armagh, will comprise 129,000 sq ft of specialist accommodation and is designed to facilitate professional and technical education and training.

At its peak, the work will create 200 jobs, including 25 apprenticeship opportunities.

Gerry Gray, managing director of Felix O’Hare and Company, said: “We worked hard to deliver a proposal that guarantees the new Armagh campus will create a legacy of achievement for all communities.

“With our teams preparing to move onsite, we look forward to working closely with our colleagues at SRC.”