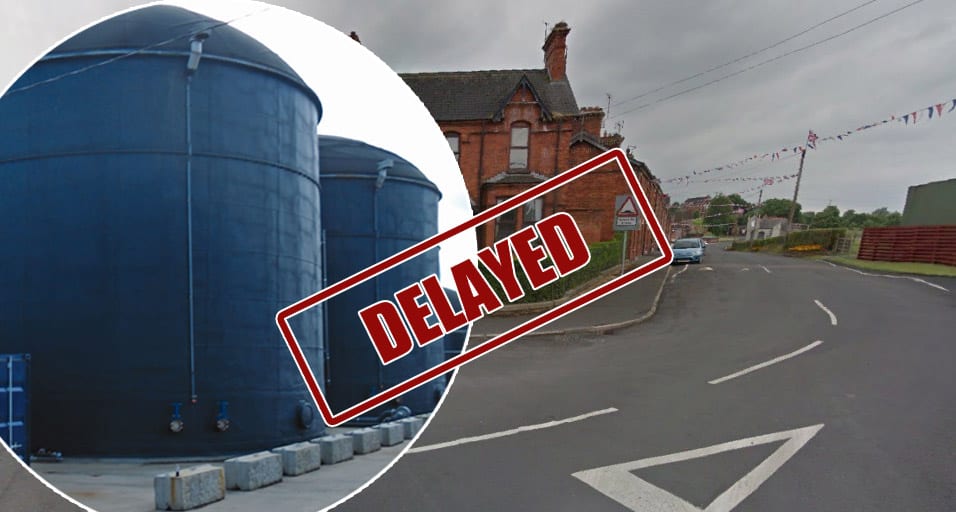 Plans for a controversial anaerobic digester at Milford have again been put back for further consideration – despite being recommended for approval.

The 500KW development proposed by Amber Green Energy has now twice been given the green light by planning experts.

But councillors on the new Armagh City, Banbridge and Craigavon Borough Council have followed the path of the legacy Armagh City and District Council and asked for more time to consider.

A recommendation to allow the facility to proceed – which Amber Green Energy has previously said would be a welcome investment and bring jobs to the village – was brought forward today (Wednesday). Armagh, Banbridge and Craigavon Council’s planning and regulatory services committee – sitting in Banbridge this afternoon – heard that planning authorities had taken into account all of the many points of objection raised.

The meeting heard that there had been 216 objections in total submitted again the development, these coming from 101 individual email accounts or addresses.

But councillors wanted more time to consider a proposal which has been in the pipeline for a number of years.

This is the first time the proposal has come before the new super-council, which assumed responsibility for planning authority after coming into effect in April.

Last December, Armagh I exclusively revealed that a decision to approve was deferred on the request of councillors of all parties.

The Armagh Council planning committee decided to defer its decision on the proposed anaerobic digestion plant at Milford to enable members to conduct a site visit.

Planners had recommended that it be approved.

It was a case of deja vu today (Wednesday), as councillors again asked that the application be deferred to allow those interested to visit Milford and the proposed location before deciding whether or not to give it their blessing.

Planning officers, in bringing forward their determination to approve – which has now been deferred – said they had taken into consideration all material matters, including those raised in response to consultation and publicity.

“Any material harm that the development would otherwise give rise to can be offset by the conditions imposed,” it was stated.

Indeed, there were 18 conditions imposed, today’s meeting was told.

Officers had come to the view, for reasons detailed in a report report, that the objections “do not amount, individually or cumulatively, to a reason for refusal and that all issues that have been raised have been adequately addressed and the relevant bodies consulted”.

Among the concerns was an increase in volume of traffic but, on a road used by between 300 and 500 vehicles a day, an increase of eight – less than one per cent additional traffic – and the noise impact from that would “not be sufficient to warrant a refusal”.

It also made reference to fears for a number of local listed buildings in the vicinity of the proposed digester – Manor House and fountain, Manor House Gate Lodge, and a row of three buildings – two dwellings and a school.

Planning officials advised that the Northern Ireland Environment Agency was consulted in relation to the proposal and were content that it would not have an adverse impact on the setting of the listed buildings or the character or setting of any demesne of historic interest.

They add: “Also the proposal is not considered to have an adverse impact on any architectural sites or monuments or their settings. Officers have had regard to the desirability of preserving the setting of adjacent listed buildings in accordance with the Planning Act (NI) 2011.

“NIEA Historic Monuments Branch were also consulted and have no objection to the proposal subject to the inclusion of planning conditions.”

It is expected that a date will now be arranged in the very near future for councillors to visit and make a more informed response to the recommendation.