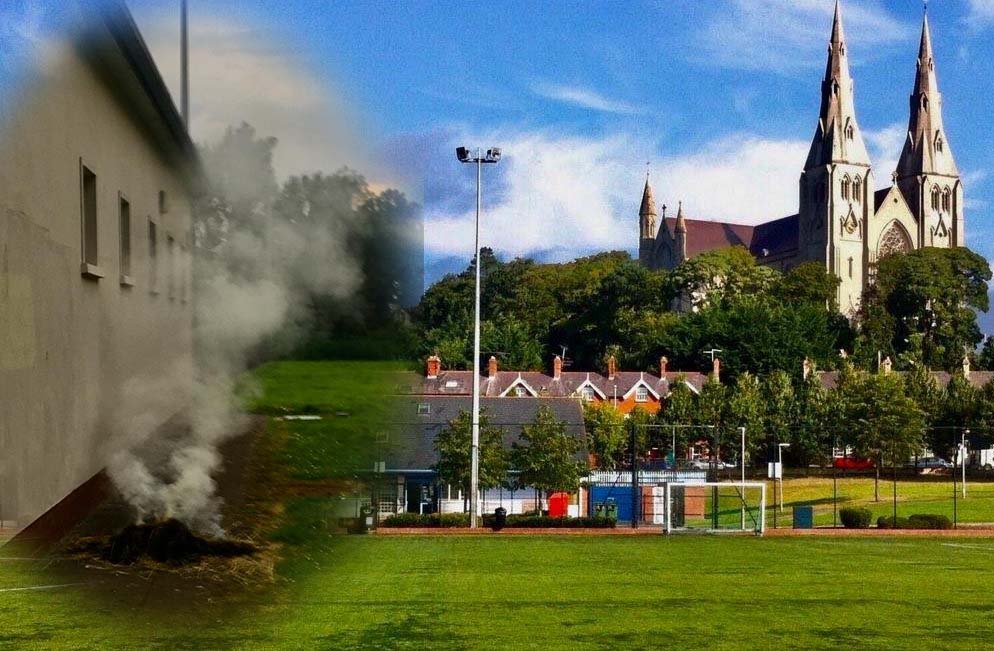 Concerns have been raised after a number of fires were lit in close proximity of the Sherry’s field complex in Armagh.

Sinn Féin MLA, Cathal Boylan, said his office had fielded a number of calls over the last few days in relation to the anti-social behaviour at the venue, just off the Cathedral Road.

“We all know how important this facility is for the local community,” said Mr Boylan.

“I am aware that the Fire Service and PSNI have been called out on a number of occasions.

“We all want people to enjoy the holidays especially with this good spell of weather, so I would call on everyone to ensure that this facility and other similar facilities are respected and protected over the summer period.”

A NI Fire and Rescue Service spokesperson confirmed to Armagh I that one fire appliance from Armagh station attended the incident at Sherry’s Field at approximately 8.30pm on Monday.

“Firefighters were called to reports of a quantity of grass on fire. Firefighters used two beaters and water to extinguish the fire. The cause of the fire is believed to be deliberate ignition and the incident was dealt with by 9.45pm,” the spokesperson said.