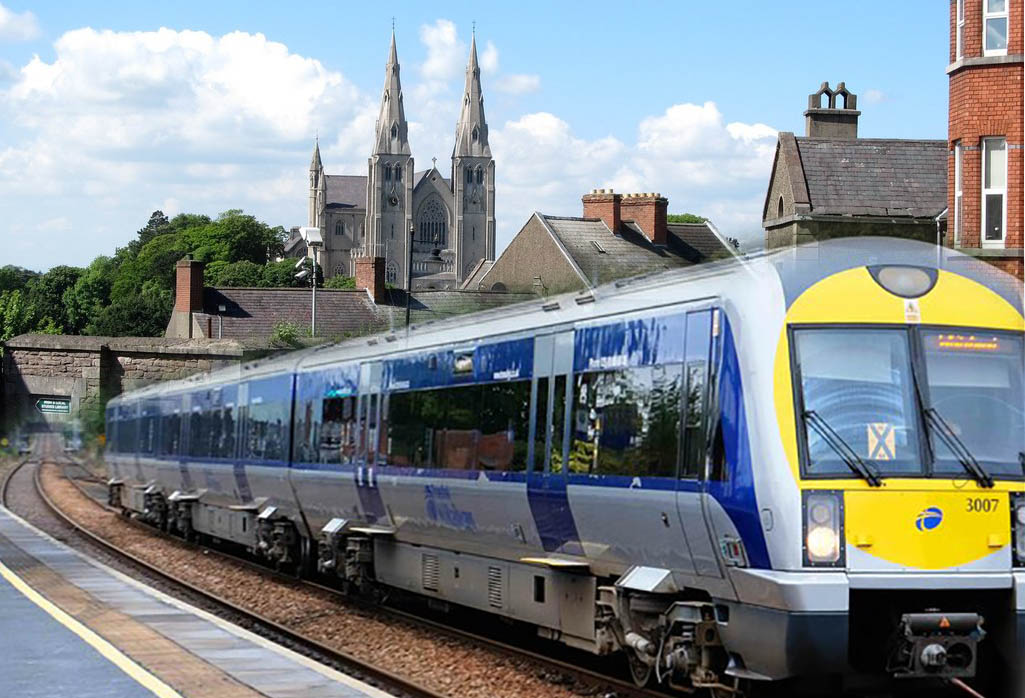 Armagh City, Banbridge and Craigavon Borough Council has confirmed it has appointed a company to carry out a technical study on the proposed Portadown to Armagh City railway line.

Speaking at a meeting of Council’s economic development and regeneration committee on Tuesday, January 11, the local authority’s strategic director of community and growth, Olga Murtagh confirmed AECOM has been awarded the tender for this technical study.

Members were also told that as part of the consultation and engagement process a meeting of the Portadown to Armagh City railway working group will be arranged while the Northern Ireland Local Government Association (NILGA) will host a virtual meeting next Tuesday (January 18) to discuss priorities for the future of rail transport as part of the All Island Strategic Rail review.

Discussing the news that AECOM’s appointment has now been confirmed, Alderman Jim Speers asked for details on time lines and next steps in the project.

“There is a local campaign group in Armagh, the Portadown to Armagh Railway Society (PARS) which is an organisation that is very supportive of this project and has been set up for the purpose of driving the return of the railway to Armagh,” he said.

“I would meet with them regularly and as Chair of the Portadown to Armagh City railway working group I would appreciate if we had some clarity on the outcome of this study, the time line for its completion and then the next steps in relation to this project.”

Describing the study as a “very important piece of work” Ms Murtagh told the chamber she was hopeful it would take no more than four months to complete.

“We will be meeting with AECOM to discuss the project methodology and the time line and then we will be bringing that back to the railway working group.,” she said.

“This is a very important piece of work and we want to include this in our response to the regional strategic transport network plan so we would hope that it can be undertaken within a four-month time frame.”

Welcoming the news of AECOM’s appointment, Councillor Sam Nicholson asked if the suggested four-month time frame should see the report delivered to Council for inclusion in Council’s strategic response to the Department for Infrastructure’s regional strategic transport network plan.

“I welcome this development, it is a very important piece of work and it is a step forward having already appointed AECOM,” said Cllr Nicholson.

“With regards to the strategic review, what is the closing date for that and are we hoping this report will be ready and delivered to us so it forms part of our strategic response to the rail review.”

Ms Murtagh explained Council’s input into the all island rail review is more a questionnaire that needs to be completed by council officers who have until the end of January to make their submissions.

“NILGA are holding a meeting as well to make sure responses will be in, on time, for that,” said Ms Murtagh.

“With regards to our ambitions for this report, we want to feed it into the regional transport strategic network plan and that has not gone out for consultation yet.

“We are waiting to hear when that will happen and hope to use this report to help form our response.”