'I think some people say to themselves that they have to be really bad in order to go to those services but that is not the case. They are there and there is always someone to talk to' 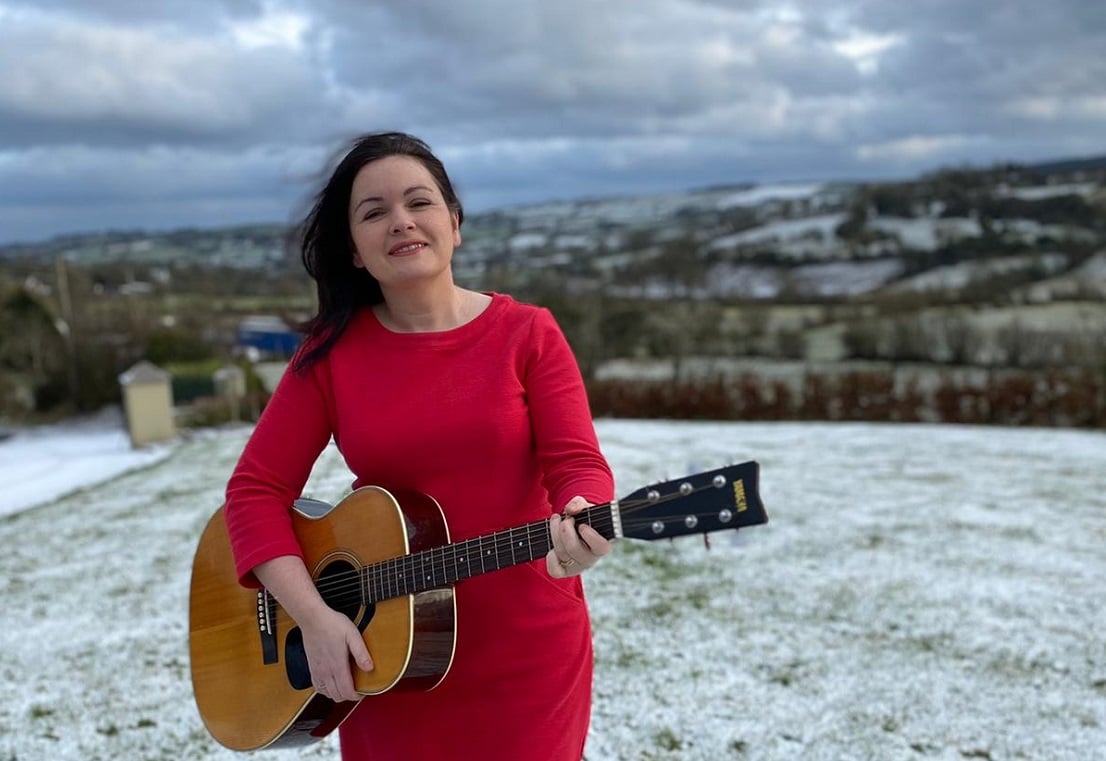 A Co Armagh woman has released a song with all proceeds being donated to PIPS Hope and Support and PIPS Upper Ban.

‘Song within my Soul’ was written by Sinead Murphy almost two years ago.

But she was prompted by the ongoing struggles of those mental health issues to put it out to the wider public.

The song is accompanied by a video which features different individuals sheltering from the storm, as described in track, under umbrellas.

Speaking to Armagh I, the Tassagh woman admitted: “I know what depression is and it is no stranger to me, perhaps not as much as other people, but sometimes you have to experience something to be able to write about it.”

A mother and speech therapist, Sinead confessed that singing and music have always been her biggest passions.

“I come from a musical family,” the 43-year-old said, “growing up probably more trad music and folk but I don’t really have a preference, I like a bit of everything.

“I am not a professional singer because I have to fit it in with everything else but if I could do it I would. That would be my dream but I suppose I am at that point in my life where I just think that is all it is.”

Sinead stated that she had dabbled with writing bits and pieces of music over the years but it has been the lack of belief in her own ability which prevented her putting any of this out there.

“I really started about three years ago. It might have had something to do with coming 40, but I kind of thought well you are not competing with anyone anymore, you leave that behind and think sure I will have a go,” she said.

When writing this song, Sinead explained that she put together the music and lyrics simultaneously, whilst strumming away on her guitar the first words uttered came out in Irish.

“It is really odd because I do speak some Irish but I wouldn’t be fluent,” she said. “The chorus roughly translates as stay with me under the umbrella until the storm passes and when you are feeling stronger let the rain wash your face and let all your worries run to the sea.”

Sinead explained: “I have written another four or five around that time but again I don’t know if I want to share them because I think with things like that it can give a lot of yourself away.”

Sinead said that although the pandemic may have exacerbated problems with mental health she had come up with the idea of releasing the track in aid of PIPS prior to this.

“I actually met with Seamus, who runs PIPS in Newry. He lost his son to suicide and he was talking about all the good things they do to help those who are grieving the loss of a loved one,” she said.

“I think some people have reservations about reaching out to those services but they are there and there is always someone to talk to.”

Sinead was also invited to sing the song at a PIPS service and admitted that this had a profound effect on her.

“It was so sad, I mean I could sing at the drop of a hat anywhere. Before me there was a woman speaking who had lost a friend. I just got so choked up, it was so emotional.

“Then I was singing, it was just so powerful looking out at these people that knew every word I was singing. They understood it.”

To make a donation you can purchase the song via Amazon, iTunes or Bandcamp.