Co. Armagh man arrested after biggest drug seizure ever made in NI by National Crime Agency 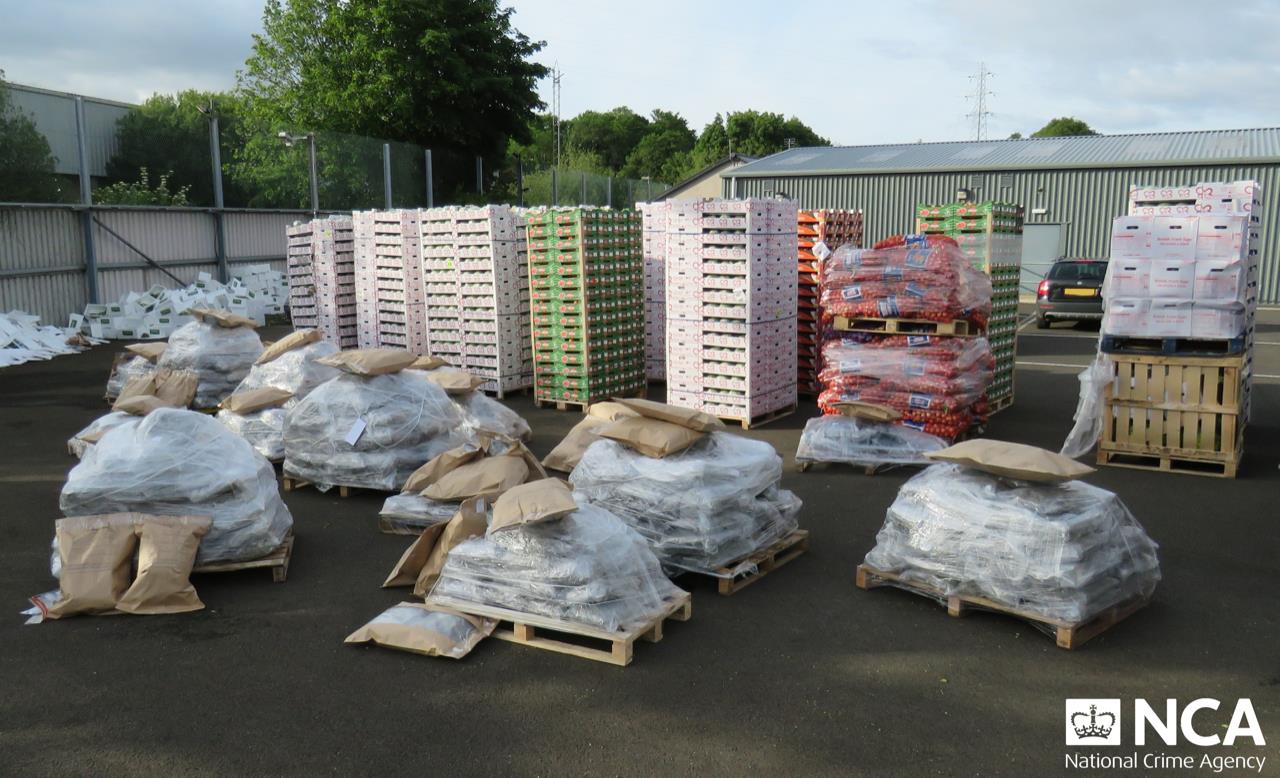 A man from Co. Armagh is among three arrested following the biggest drug seizure ever made in Northern Ireland by the National Crime Agency (NCA).

As part of an ongoing NCA investigation into drug supply, NCA officers, in a joint operation with colleagues from the Police Service of Northern Ireland, moved in to stop a lorry in the Templepatrick area in the early hours of Wednesday, June 3.

NCA and PSNI officers recovered an estimated 600 kilos of herbal cannabis from among a cover load of vegetables.

The drugs had an estimated street value in Northern Ireland of between £10-12 million. Two premises were also searched, one in Co. Derry / Londonderry and one in Co. Tyrone.

National Crime Agency Belfast Branch Commander David Cunningham said: “This is an incredibly significant seizure of controlled drugs, the biggest the NCA has ever made here in Northern Ireland.

“A seizure of this size will have a huge impact on the organised crime groups involved in its importation, depriving them of commodity and, most importantly, profit.

“We are determined to do all we can with our law enforcement partners to disrupt and dismantle drug supply routes, not only here in Northern Ireland but across the UK.

“The crime groups involved bring violence and exploitation to our streets and into our communities.

“Our investigation into this seizure continues, and I’d like to thank our colleagues at PSNI for their support.” Detective Chief Inspector Brian Foster, from Police Service NI’s Organised Crime Unit, added: “This ongoing NCA-led investigation resulted in a joint operation between police and NCA over the last few days which has uncovered between £10-12 million of herbal cannabis. Police Service NI officers discovered this significant find of drugs after stopping and searching the lorry when it entered Northern Ireland.

“This seizure of drugs is significant both in terms of the quantity and also the disruption this will have caused to the organised crime group who would have brought these drugs into our communities to make money for their own selfish gain. “This successful operation demonstrates the significant benefits of joint working with law enforcement partners and we will continue to work closely with NCA to disrupt the nefarious activities of organised crime groups operating in Northern Ireland.”