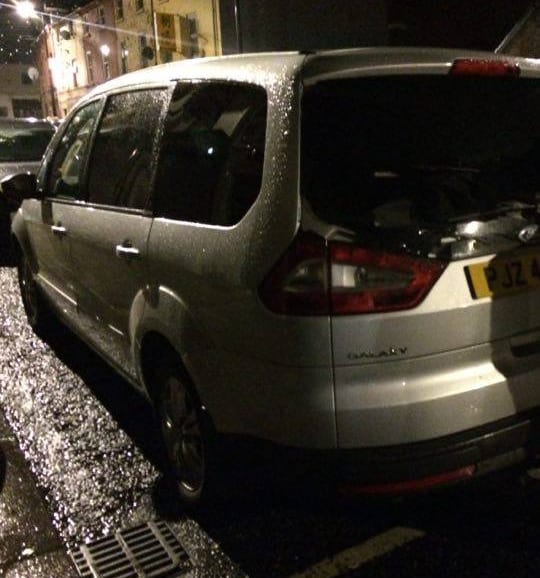 An act of destruction – simply because it was there.

The rear window of a Ford Galaxy was shattered when it was parked at Lower English Street last night.

A child’s pram was showered with glass after the window was put through.

The owner has asked Armagh I to highlight the incident in the hope that someone will have seen something and that the culprits can be caught. “The glass is all in down round  the seats,” she said. “It was sitting on the main road just down from Devlin’s bar and we only went in at 11pm and out at 12.45am and it was put in.”

It is believed that it happened at around midnight.

The police in Armagh are investigating and have appealed for witnesses to come forward.

If anyone saw what happened or has any information, contact the officer investigating on the non-emergency number 101, quoting Reference : 95 of 10th Jan ‘16.