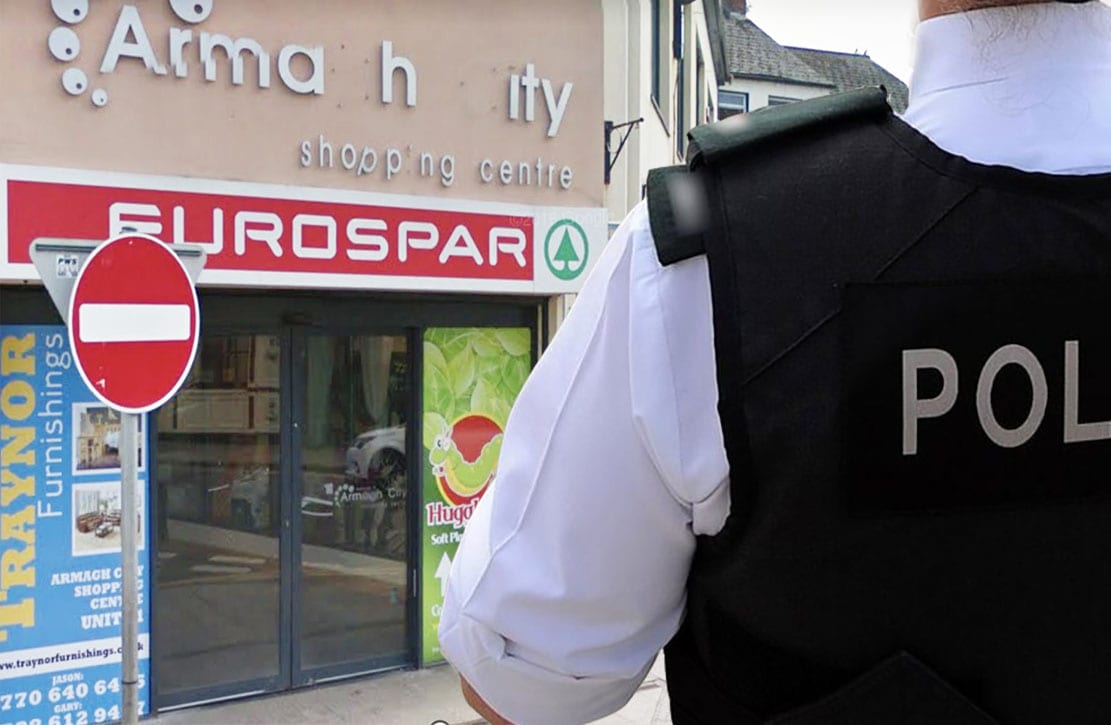 A group of young children watched on in horror as police wrestled a suspected shoplifter to the ground in Armagh city earlier this evening (Thursday).

Two officers grappled the crazed teenager to the ground after receiving a report of a thief operating in the Eurospar supermarket, in Armagh Shopping Centre on Thomas Street.

A coach from a kids boxing class, which operates out of the centre, was forced into action to help the two officers detain the assailant.

Young kids were forced to watch on in horror as the suspect kicked and shouted as he was being detained.

“This isn’t the first time this guy has been about causing a scene,” said Sean Duffy, of Duffy Fitness.

He added: “The two officers were trying to keep him calm and speak to him but he kept resisting and going mad which is when I helped them out as they restrained him.

“There was an awful commotion but for the kids especially, it wasn’t nice at all.

“There were table and chairs going everywhere in the main building so I had to do something to help.”

He added: “Some of the kids were frightened and rightly so; he fell right up against the window of the class as about 20 kids just looked on, not knowing what to do.

“One of the kids even asked me if I could take him home as he didn’t want to walk outside.”

A PSNI spokesperson, confirming the arrest, said: “An 18-year-old man has been arrested on suspicion of theft following an incident at a shop in the Thomas Street area of Armagh on Thursday.

“He remains in custody at this time.”