The Armagh man - who has raised hundreds of thousands over many, many years for good causes - will also shortly release his third children's Christmas book featuring his canine companion Maisie! 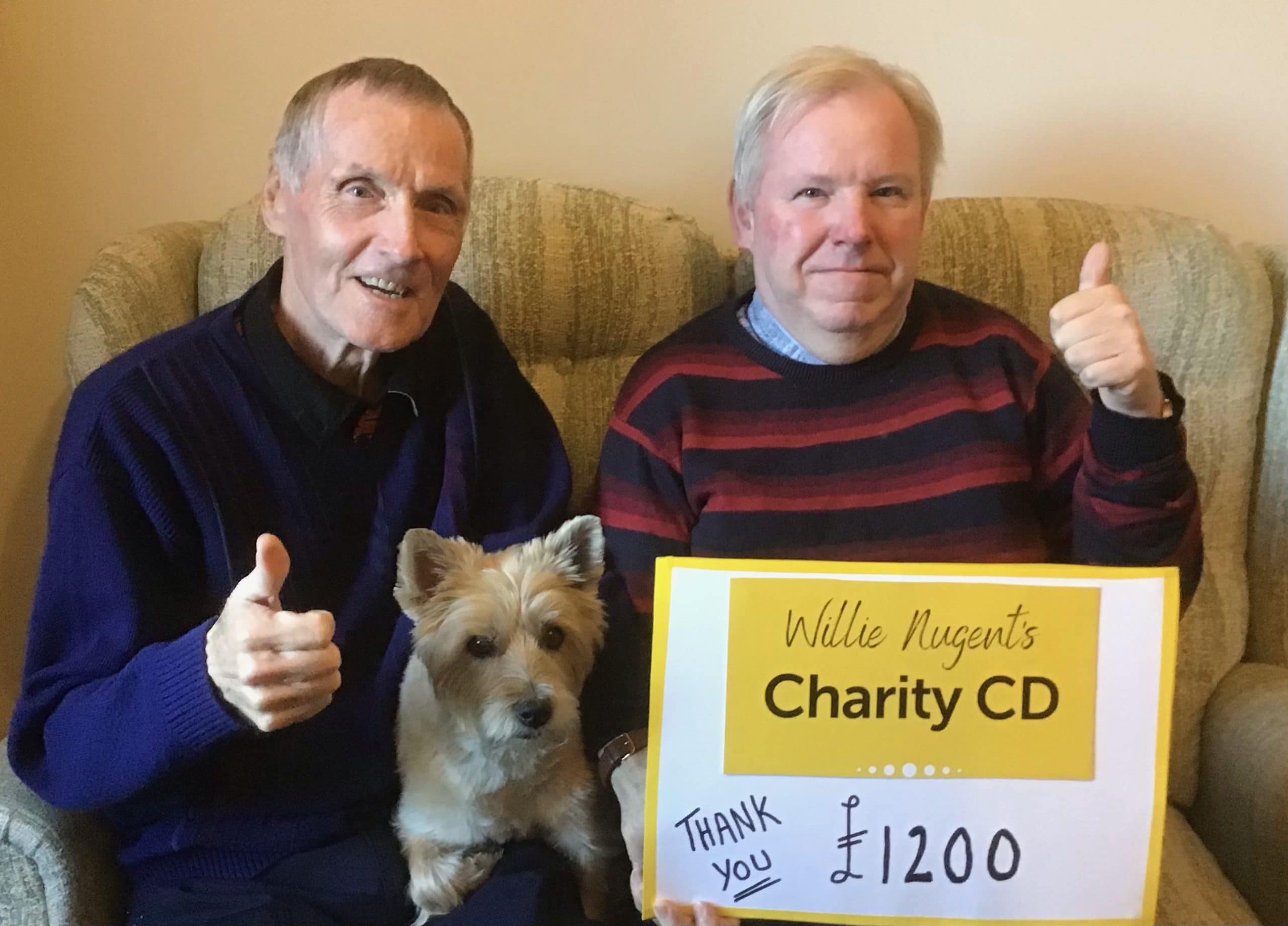 Armagh champion fundraiser Willie Nugent is the toast of worthy causes again after a charity CD launched in memory of his brother raised a fantastic £1,200.

And the kind-hearted Armachian would like to thank everyone who bought a copy.

Willie Nugent, speaking as he launched the CD over the summer, said the songs mean so much to him.

‘The Place Where I Was Born’ pays homage to Armagh City while his single ‘Until We Meet Again’ is a tribute to all those who have passed away from Covid-19 – an especially poignant song for Willie who lost his brother Paddy to the virus last Christmas.

The songs were sung by Dublin singer Larry Hogan and produced by Dublin City Hub Studios.

As a result of the outstanding success, The Friends of the Cancer Centre Belfast City Hospital, The Royal Belfast Hospital for Sick Children and Guide Dogs for the Blind will each receive £400.

Willie, who is pictured giving a thumbs up with nephew Stephen, would like to thank the Wax Pot, Raffles, Pet World, Curran’s Spar shop, Gazette and Armagh Blooms for selling his CD, which completely sold out.

Said Willie: “I would also like to say a special thank-you to Armagh I, Nugent and Gibney Ltd and Trimprint for all their help and support.

“I would also like to remind everyone that my third children’s Christmas story book featuring ‘Maisie the wee dog from Armagh’ will be in the shops sometime in November, with all proceeds going to charity. Watch Armagh I for full details!”