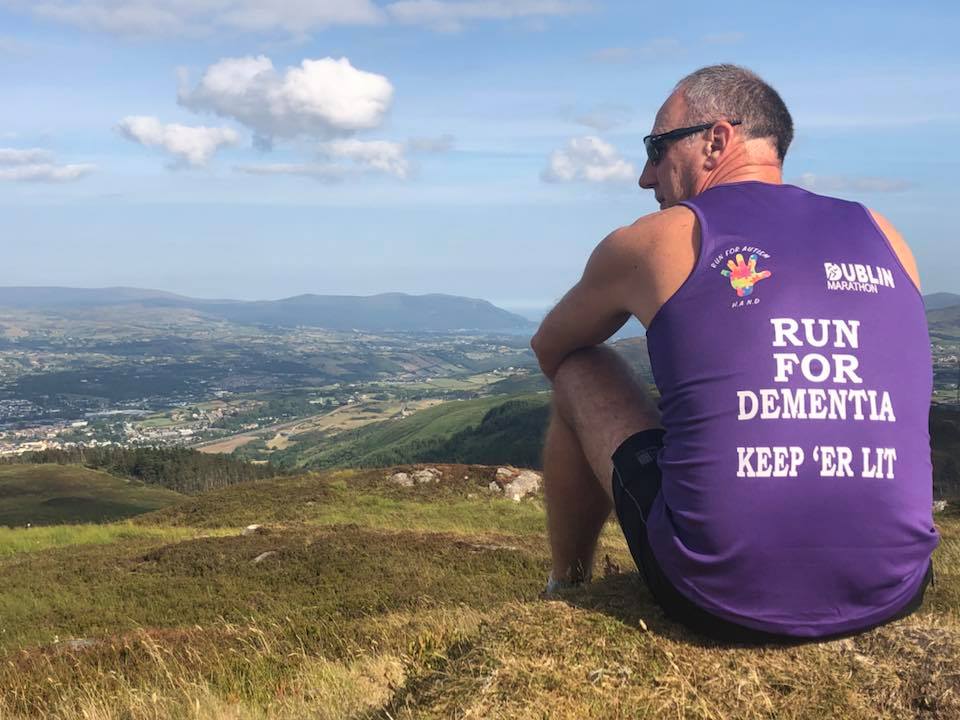 A Co Armagh man is preparing to take part in his first ever Dublin Marathon to raise money for dementia projects in memory of his mum.

Local athlete, and Chairman of the ‘Run for Autism’ charity, Seán Quinn will take part in the marathon on October 28.

Renowned for his charity work, Seán has spent the past 10 years fundraising to help those living with autism, and their families in the Southern area across Armagh, Banbridge and Craigavon and Newry, Mourne and Down Districts, with over £250,000 raised to date and invested in local projects.

But this year Seán has decided to do a solo ‘Run for Dementia’ in memory of his mum, whilst also fundraising to support local dementia projects in Armagh and Newry.

There are around 20,000 people living with dementia here in Northern Ireland.

It can and does affect people of any age, but is more common after the age of 65 years.

It is a progressive illness that affects how your brain works and in particular the ability to remember, think and reason. It interferes with your ability to do things you used to be able to manage, such as looking after yourself.

Counting down the final days to the big race, Seán said he was “really excited and looking forward” to running his first ever Dublin Marathon.

He said: “Everyone who knows me calls me the ‘Run for Autism’ man. I’ve never had the time to train for a marathon before but this year I’m making time, and I’m going to do it in my mum’s name and for those living with dementia.

“So all funds raised will be given directly to these projects initially. I’ll publicly be posting how much was eventually raised and am looking forward to seeing the residents make use of the furniture whilst enjoying the great outdoors.”

Seán added: “We have all been touched by dementia in some way in our lives and I just thought I wanted to do something to help others, and well what better way than to run a marathon?

“I am grateful for all the support I’ve been given to date during my months’ of training and for the generous donations from many family, friends and colleagues. Together we can always make a difference, no matter how little!”

To help support these dementia projects you can donate to Sean’s Just Giving Page. Www.justgiving.com/crowdfunding/runfordementiaor if you meet him on the road training, give him a wave or thumbs up for support!