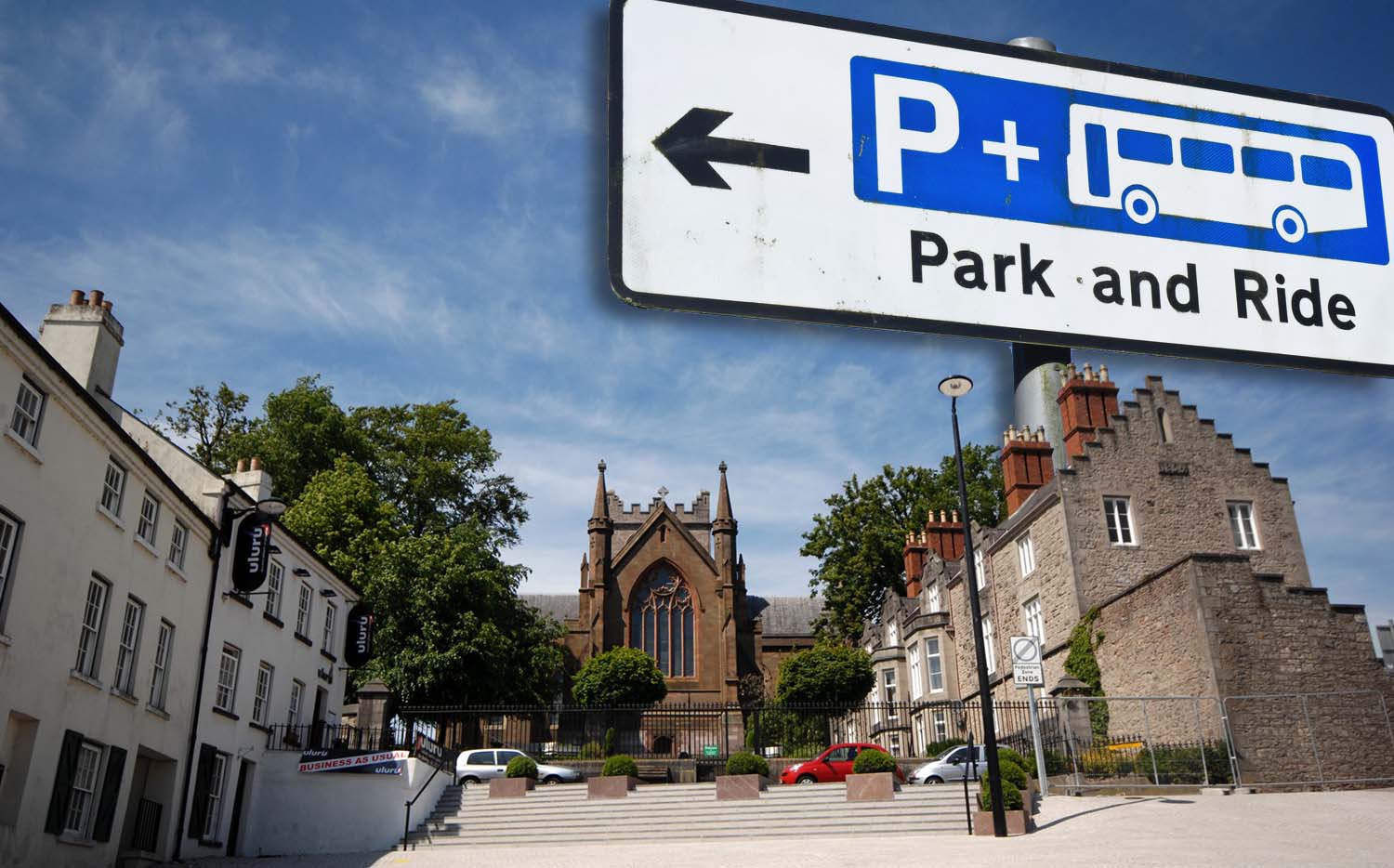 Armagh City centre could be a no-go area for cars by the end of the year with consideration currently being given to an outright ban in a bid to cut down on pollution.

Prior to such a drastic move, a trial period will be put in operation for one full calendar month, beginning from the start of May, with more details to be confirmed later today (Thursday).

Recent reports have shown that Armagh falls into the “extremely dangerous” category for “sooty particles” – known as PM2.5s – which can lead to premature death, and cause life-threatening conditions, such as heart disease.

It was one of 44 out of 51 towns and cities across the UK – as Armagh I reported back in November 2017 – to have been ‘named and shamed’ and listed on the World Health Organisation’s database for breaching ‘safe to breathe’ regulations.

Last year, with a huge reduction in traffic during the first lockdown, pollution levels dropped to their lowest in Armagh for more than three decades, due to the vast reduction in the number of cars visiting the city centre, and now fell within the “acceptable” category for the first time.

Four years ago when we first reported this story, the damning indictment by WHO prompted ABC Council and the Department of Infrastructure to begin discussions on ways of reducing pollution on a long-term basis.

Over the intervening period council has been monitoring its pollution counters – located at Friary Road and Railway Street – and collating results, paying particular attention to peak periods and movements.

One of the suggestions which emerged during behind-closed-doors talks was a ban on cars from entering Armagh city, and results recorded over the past 12 months would appear to bear out that thinking, with a marked decline in pollution levels, as part of the ‘Cleaner Cities’ initiative.

Looking at ways in which such a prohibition order on private vehicles could be introduced, since before Christmas, the council and Department have proposed providing shuttle bus services, which it has previously operated during large scale events like Georgian Day.

Statutory orders will be required to be amended if it is deemed feasible to make this a full-time solution to the city’s pollution problem, but that will depend on the results of the planned trial.

During the trial, private vehicle owners – including all shop and office workers, customers, students and visitors to Armagh – will be prevented from proceeding beyond the city limits on all main routes including Newry Road, Portadown Road, Monaghan Road, Moy Road, and Killylea Road.

A nominal fee of 20p per journey will be applied for all who avail of the shuttle bus services, which will operate daily on each route, every half hour, Monday to Saturday, from 6.30am until 9.30pm, and from 8.30am until 8pm, on Sundays.

You will be required to produce a special permit – similar to a disabled blue badge – if medical reasons prevent you from using the system which is being put in place.

While the shuttle bus operates and users are ferried into the city centre, parking will be provided on a temporary basis in fields, with farmers to be paid rent by the Department of Infrastructure, with discussions to secure suitable locations to begin later this week.

Exemptions will apply to delivery drivers and private hire vehicles, such as taxis or coaches, and if this becomes permanent they will be issued with permits to allow them to proceed.

Anyone found to be in breach of any new orders would be liable for fines of up to £5,000 and their vehicle may also be clamped and seized, with a £200 fee to apply to have it returned, with all monies to be utilised for local road maintenance needs.

Routine checks will be conducted by the PSNI and traffic attendants, as well as designated council staff who will have delegated authority to record and report offenders.

Even if both council and Department decide to proceed with this action on a permanent basis, it will require considerable changes and infrastructure to be put in place, with the use of field parking only a temporary measure to see how successful the trial proves.

Once the results are studied and considered and, it seems likely, introduced on a permanent basis, legislation will be amended and passed through Stormont.

New park and ride facilities will then be constructed at the most suitable locations, with considerable investment pledged to ensure adequate provision to accommodate all those who require to avail of them.

Looking ahead, the Department of Infrastructure’s chief financial overview officer (lands services), Josephine Mullan, is confident that the proposals will be adopted.

“You only have to consider the huge volumes of traffic sitting stationary in Armagh city during peak times to imagine the extent of the pollution which is being caused,” said Ms Mullan.

“Just cutting the emission levels by half would have a huge impact on the health and welling of all those who live, work and visit Armagh – while also tackling the huge problem which exists with congestion.

“Over the following months, from the end of June, having had an opportunity to have an initial look at the data, we would set the wheels in motion to affect the necessary changes in legislation and will also be consulting with the public.

“Keeping in mind that there is an urgent need to meet acceptable WHO standards with regards to pollution, we would be hoping to do that sooner rather than later.”

If the vehicle ban is put in place before the end of this year ratepayers will be called upon to cover set-up – and ongoing operational costs – in their bills next year.

New buses to operate the service, fuel to run them and employing additional staff are just some of the elements of such a scheme which householders and businesses alike will be expected to cover in their annual rates, although central government, as stated, will cover the initial outlay for the necessary infrastructure.

Going by a similar scheme which has been introduced in cities of comparative size elsewhere in Europe, the cost could see ratepayers facing a hike of as much as 10 per cent alone to pay towards the vehicle ban in Armagh before any other annual expenditures are added in.

“Having such a scheme up and running in Armagh would make a tremendous difference and,  yes, while there will be financial concerns among local people, it will benefit health in the long-term, given that it could be some considerable time before link roads are in place, which might have gone some way to help,” added Ms Mullan.

“Anyone with respiratory difficulties, such as COPD or asthma, in particular, should notice a huge difference in their quality of life.”

How the day-to-day running of any future ban rolls out remains to be seen, but council and Department are, on the whole, supportive of any effort which will help to bring about change for the better.

An update on the specific operational procedures, with more details outlining in full how the preliminary trial will work, will be provided later this morning and Armagh I will bring you that information when we have it.

NOON UPDATE: This was an April fools.