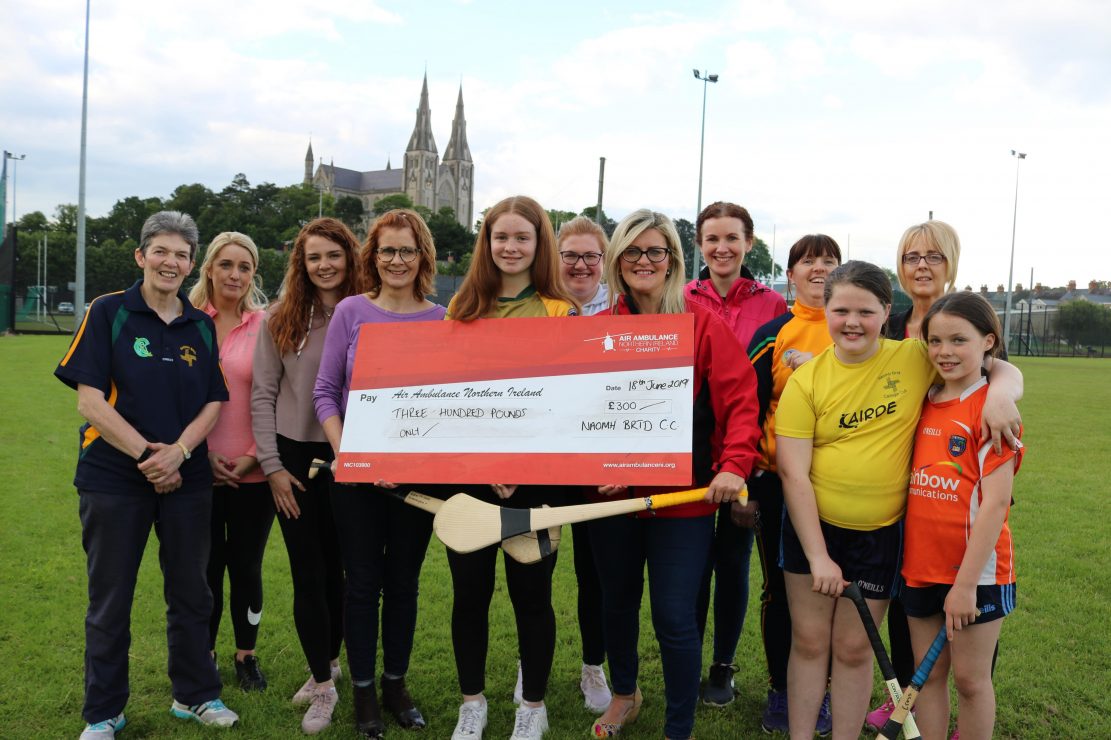 An Armagh-based camogie club have thanked the Air Ambulance after it was called to an incident at a game in Granemore last year.

St Brigid’s Camogie Club presented a cheque to Air Ambulance NI following a recent fund-raising campaign, which was borne out of the Club’s need for the service last April.

The presentation was made by club player Eabha Houlahan and her family, to show their appreciation for the support received by the player during last Year’s County Feile finals in Granemore.

The club wanted to highlight the superb service that the Air Ambulance offered at the time and recognised the fact that the organisation relies totally on fund-raising, needing £2 million per year to provide emergency cover for accidents and incidents across the whole of Northern Ireland.

Air Ambulance representative Colleen Milligan, herself a camog, accepted the donation on behalf of the organisation and thanked the club and the Houlahan family for their support.

Eabha has currently returned to light training and will hopefully be available for the St Brigid’s Under 16 side when it comes to championship time in September. 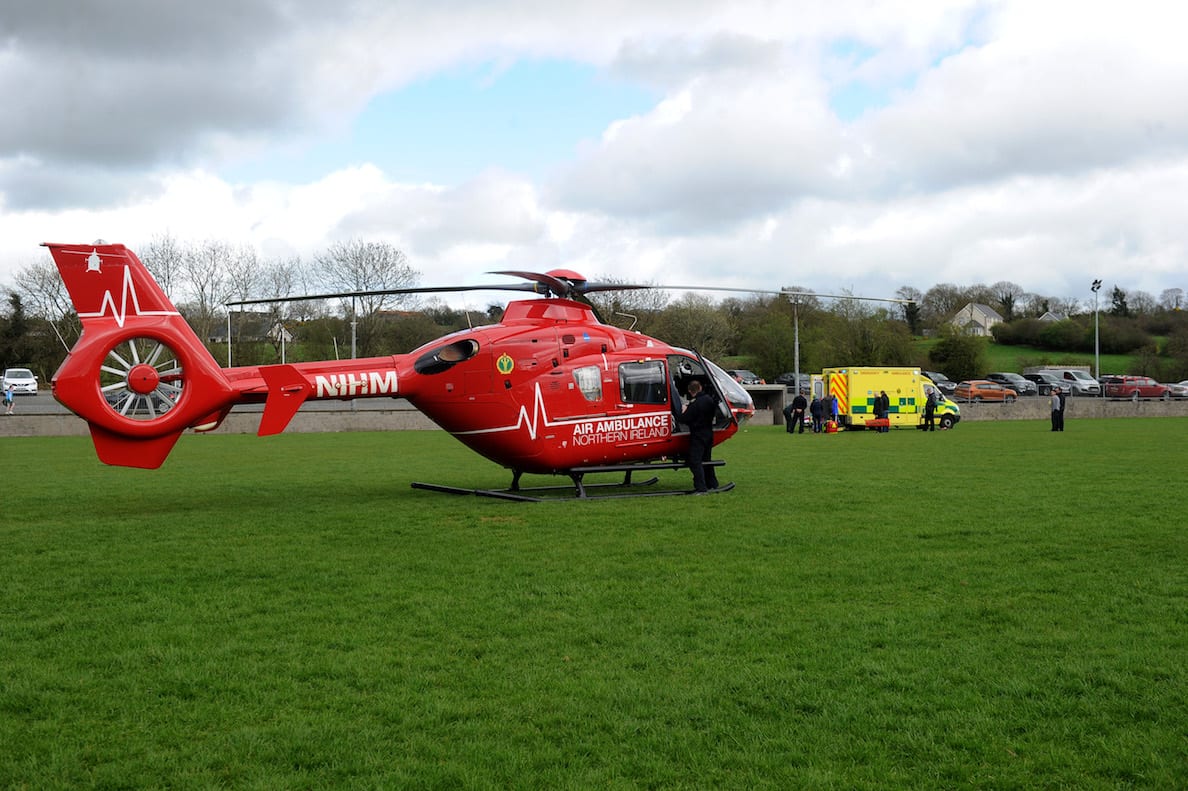 Colleen spoke of the work of the Air Ambulance and said that while most of their call outs are to road traffic accidents, they have covered sports events and farming and industrial accidents being only less than 30 minutes flying time to any part of Northern Ireland.

“Every day in Northern Ireland we bring the hospital to seriously injured trauma patients to save lives, brains and limbs.

“We have all the critical interventions needed at speed.”

St Brigid’s are delighted to support the Air Ambulance and said that they hoped that other clubs and organisation would perhaps consider them when it comes to choosing a charity to support.