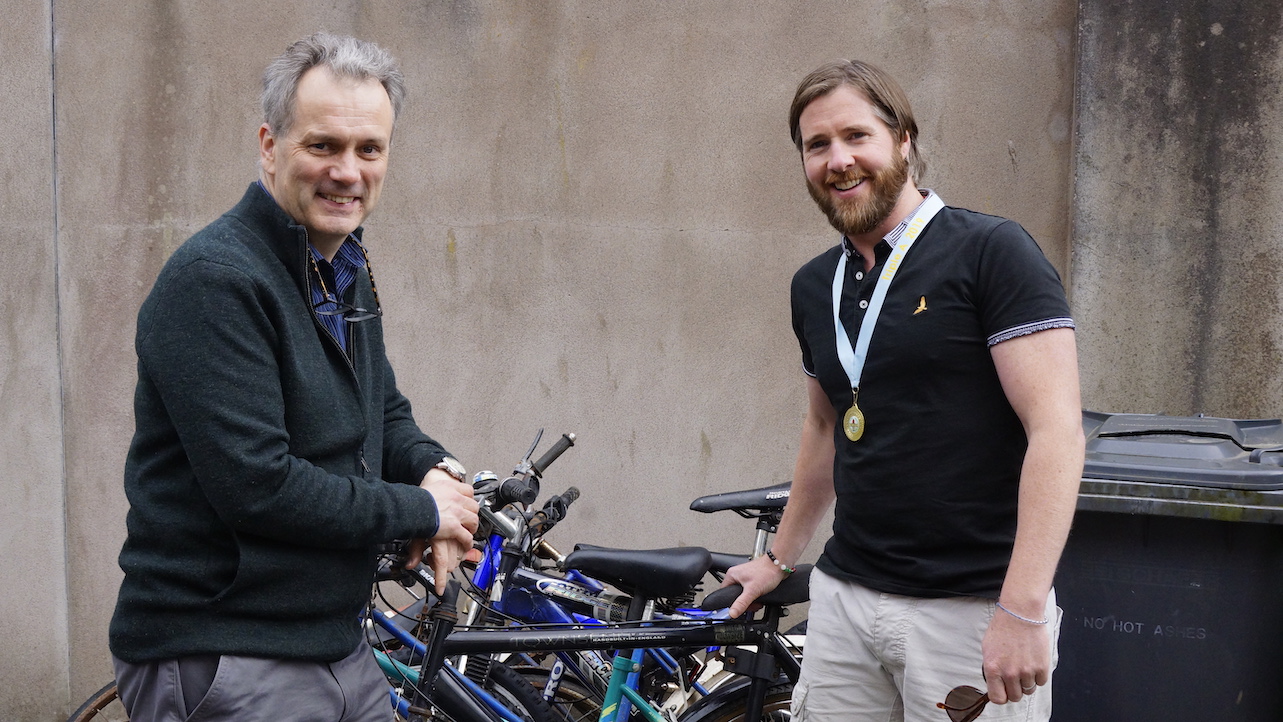 The community of Armagh City and District are invited to donate their unused bikes to the Bring a Bike campaign in Cathedral Road Resource Centre (Sherry’s Fields) tomorrow (Saturday, April 27), or at any other time by arrangement.

Speaking at the launch of the initiative Réamonn Ó Ciaráin said: “We know that the people of Armagh are very much charity orientated after our very successful campaign last year which saw over 100 good quality bikes being shipped to Madagascar.

“We are asking the good citizens of Armagh City and neighbouring areas to go into their sheds and garages and if they have any sad bikes just lying against the wall to bring them to the Cathedral Road Resource Centre (Sherry’s field) and allow Adsum to give those bikes a new lease of life in Madagascar, where they will be greatly appreciated and put to use straight away.

“It’s one small thing that we can do that will have a big impact on the lives of others in Madagascar.”

The benefits of bike ownership in Madagascar, where almost 80% of the population live below the international poverty line, really are life-changing.

The provision of bikes will give owners and their families access to education, work, markets, healthcare and more essential services which would otherwise be inaccessible.

Donated bikes will be reconditioned by the dedicated Bike Aid volunteers before being shipped to Madagascar in the coming months.

Stevey McGeown urged the community to get behind the initiative.

“I’m very impressed by the work that Adsum do,” he said.

“That’s why I’m fully behind this project. I would really encourage you to come down with your bikes. You always feel good when you give.

“We’re looking forward to April 27th which will be our main handover day and we can even go and help those unable to get their bikes to the pick-up point!

“We are delighted that the Bring a Bike campaign has expanded to other areas now from Armagh to Dublin and Cork. We even hope to rally our international colleagues.”

Speaking on behalf of Adsum Foundation Úna Kelly said: “We are most grateful to the people of Armagh for their continued support and for coordinating the Bring a Bike initiative.

“The benefits of the campaign are two-fold; not only will it reduce waste in the community but it will significantly improve lives in Madagascar.”

The campaign is grateful to all who have already lent their support; young volunteers, centre staff and West Armagh Consortium.

Any businesses wishing to sponsor the shipment of the bikes should contact una@adsumfoundation.org

Bikes can be dropped off between 11am-4pm on Saturday, April 27th at Cathedral Road Resource Centre also referred to as Sherry’s Fields.