'The world went into lockdown four or five weeks after she was born, and you're just looking at the four walls, thinking about it every day' 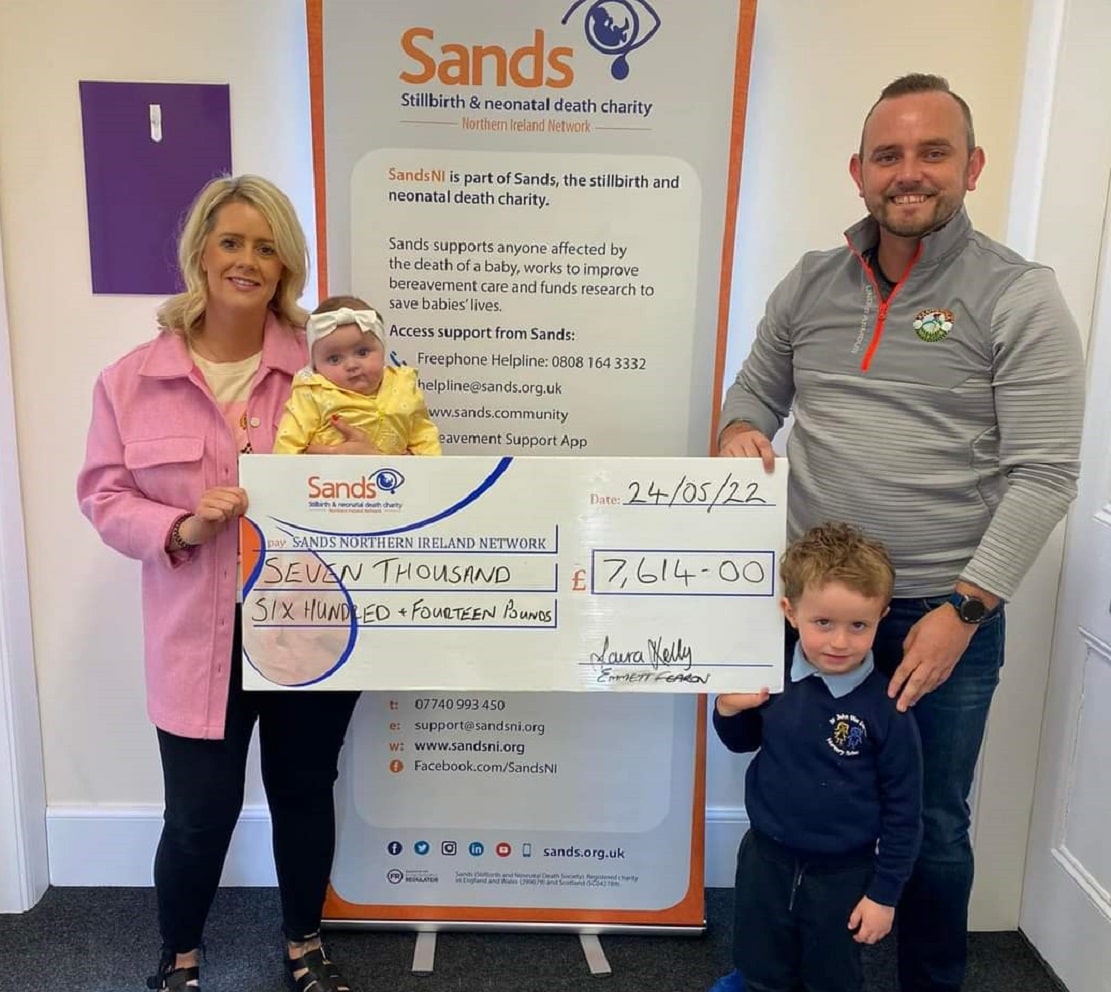 A team of bereaved dads will take to Armagh City FC grounds tonight (Friday) for their first ever match.

Sands United FC ABC is a group of dads from across the borough who share the common, painful bond of losing a baby.

Tonight, they will play a team from Sands Dungannon at Holm Park, with kick-off at 8.15.

The match comes during Baby Loss Awareness Week which encourages people to raise awareness of baby loss and pregnancy loss.

The team was formed five months ago by Portadown man Emmett Fearon and David Webb from Lurgan.

Sands, a stillbirth and neonatal death charity, provides help to families not  just in the immediate aftermath of a bereavement but also in the longer term.

Emmett and his partner Laura Kelly, who have two other children, four-year-old Frankie and 10-month-old Ida, found the charity’s help invaluable after losing their daughter Ava on February 4, 2020 at 24 weeks.

She had been diagnosed with Patau’s syndrome, a very rare condition, and the couple knew in advance she would not live for more than a few days at most.

As it was, they got to spend 45 precious minutes with her.

“The world went into lockdown four or five weeks after she was born, and you’re just looking at the four walls, thinking about it every day,” said Emmett. Just a few weeks after losing their daughter, the couple embarked on the challenge March Miles for Ava. Emmett ran 200km and Laura walked 100km, raising £7,614 for Sands.

From that and chatting with other Sands members, the football team was formed.

Emmett believes it is a great mental and social outlet for bereaved dads.

“It’s good in a number of ways. It’s good for men’s mental health and it’s a wee bit of fitness and craic,” he said.

“Just to get out and have something to look forward to, even if it’s only for an hour a week, is a positive thing.”

At present, the team has about 18 members of all ages, and is growing all the time.

It meets every Friday night. At present, the venue is the People’s Park in Portadown and on other occasions it has been Centrepoint in Lurgan.

“It’s a good boost for them all tonight, having their first game. They are all looking forward to it,” added Emmett.

The team will play Sands Belfast on November 6 and the aim for the future is to set up leagues.

Any money raised goes to support the work of Sands.

Meanwhile, any dad wishing to join the team is welcome to go along to training on Friday nights or contact them on their Facebook page to find out more.

Emmett points out that that all dads are welcome, no matter how long ago their child died.

“There is no time limit on bereavement,” he added.