Armagh’s vacant First Trust for sale and the price won’t break the bank! 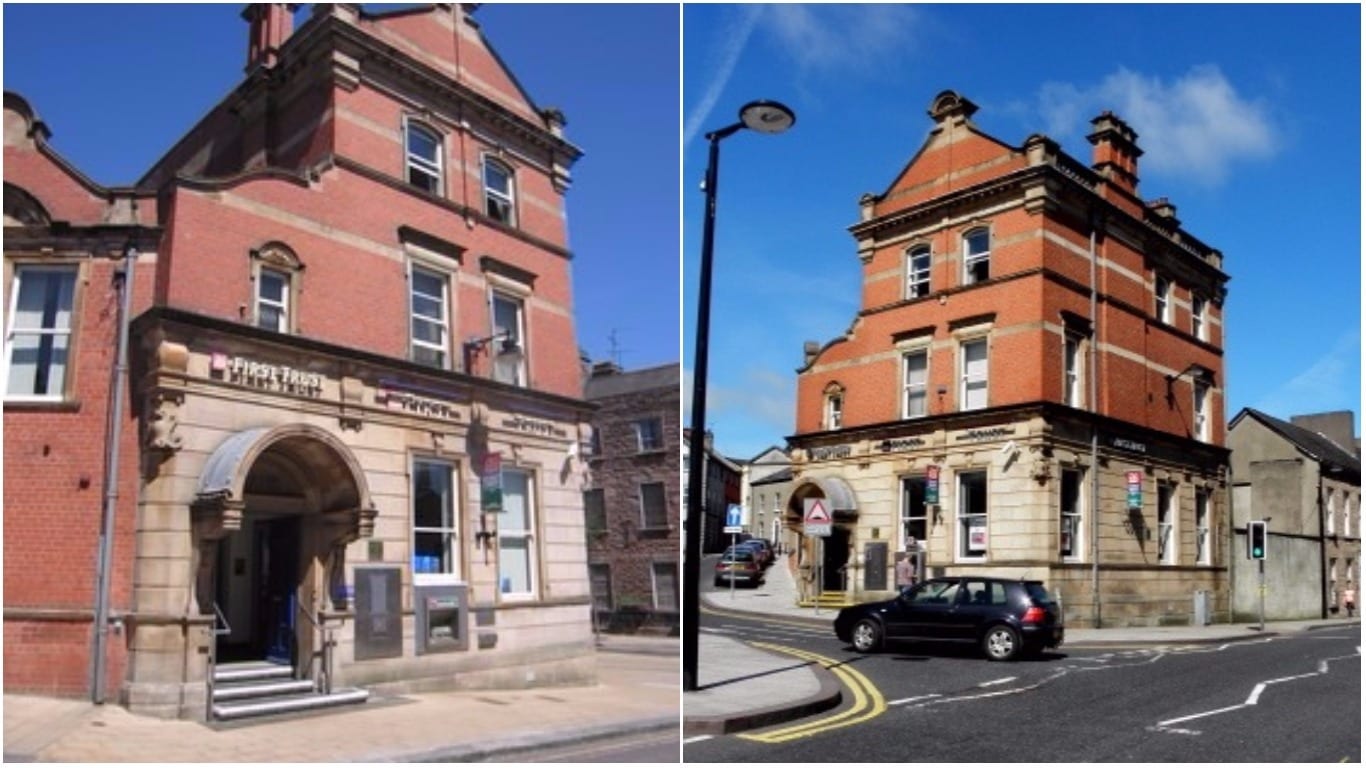 The former First Trust Bank in Armagh is up for sale.

The premises, on the corner of Lower English Street and Abbey Street, are now vacant after the closure early in July.

It was one of 15 branches across Northern Ireland culled by the bank in a shock announcement in February.

The Armagh branch is something of a landmark building in the city and hopes will be high that a buyer can be found and it brought back into productive use.

Two property agents, Frazer Kidd and Lambert Smith Hampton, have been charged with disposing of the various buildings after the closures, which were staggered over the summer months.

The Armagh building also comes with parking spaces for five vehicles and the agent, Frazer Kidd, describes it as occupying a “prominent” location.

Another of the bank branches – the last to close earlier this month – is that at Bridge Street in Banbridge.

When the closures were announced in February, First Trust said it would be creating five new specialist business centres at its branches at Ballymena, Dungannon, Enniskillen, Newry and Derry/Londonderry.

In a statement, First Trust confirmed the plans to sell, saying: “We are selling the branch properties associated with the closures and these are being advertised via the Press and internet for sale on the open market from this month.”

When announced in February, the bank said the changes were essential for an “efficient, effective and sustainable” business.