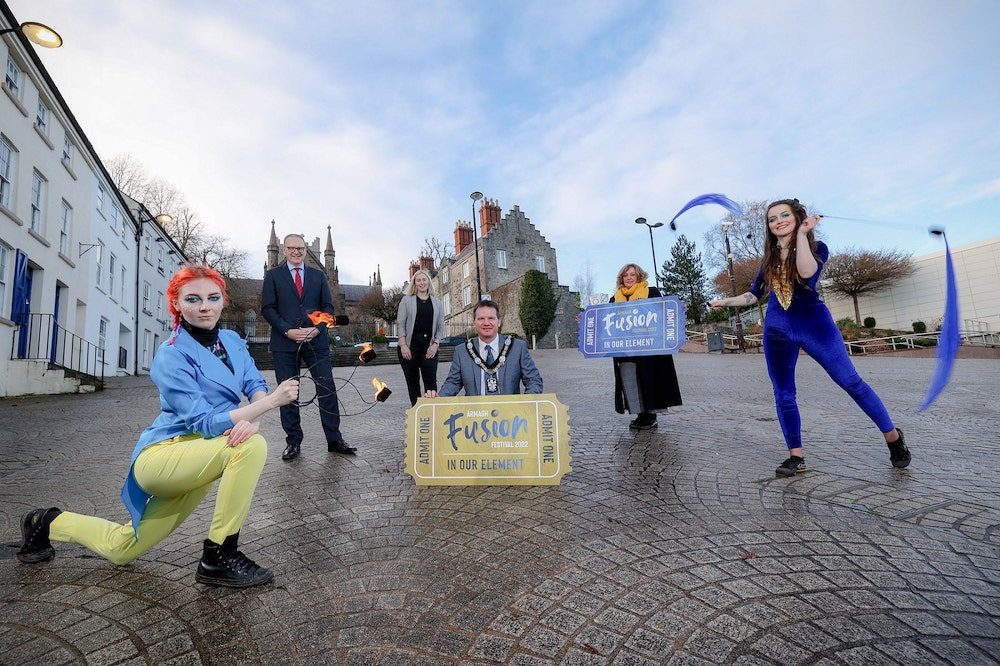 A festival due to take place over three weekends between February 4 and 20 has been delayed until late March, it has been confirmed.

Armagh Fusion Festival is a celebration of the city’s rich history, heritage and culture and aims to bring together artistic activity and events in a wide variety of spaces across the city.

The festival is to be financed through a £300,000 awarded to the council by Tourism NI’s market-led product development fund that will see three landmark events held in iconic public spaces in Armagh city and a series of up to 10 animation/activation initiatives across heritage, arts and culture venues.

Confirmation of the festival’s delay was delivered at a meeting of Armagh City, Banbridge and Craigavon Borough Council’s economic development and regeneration committee on Tuesday, January 11.

Addressing the committee, Council’s head of tourism, arts and culture explained it would have to be delayed as a result of current Covid-19 restrictions.

“We have been given permission by the tourist board for this delay as it is in year spend and will run until the first weekend in April.”

Reviewing the festival’s agenda, Councillor Thomas O’Hanlon said it shows what can be done across the city with a wee bit of imagination.

“It shows that if we can secure the city of culture bid just what potential is there and it is great to see,” he said.