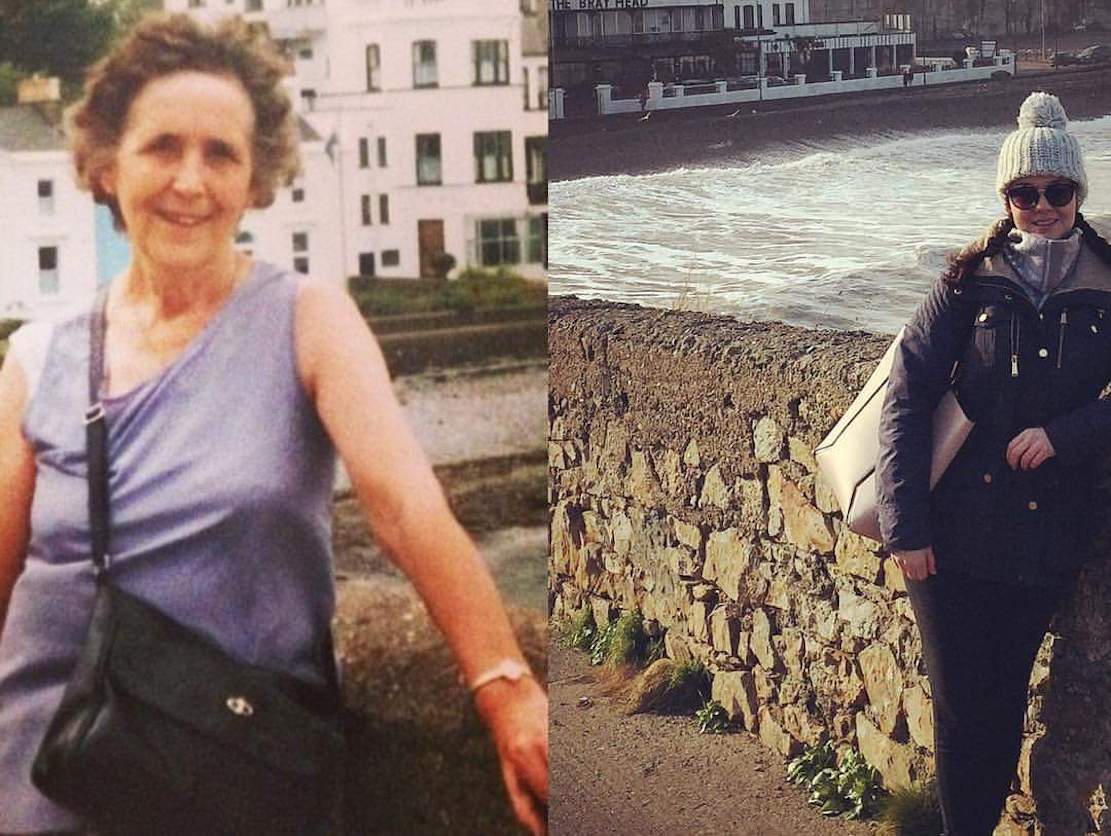 An Armagh woman – left suffering post-traumatic stress after witnessing a terror attack in London – plans to conquer her fears while raising money for the Southern Area Hospice.

And she will do so in memory of her grandmother and give back to a charity which showed love, care and support to her family in their time of need.

The 29-year-old will be taking on the final leg of the French way of the Camino de Santiago, starting in Sarria and ending at Santiago de Compostela.

Louise McGuinness’ grandmother Joan (main image, left, Louise, right) passed away from lung cancer in 2008 and was cared for in her final days by staff at the Newry-based Hospice.

Speaking to Armagh I, she said: “After her passing, they put on a private ceremony for us, the family, before they gave the body over to the chapel. That was off their own back.”

The hospice also held on to the body for longer than usual because of a request made by Joan herself.

“My granny wanted to buried by a specific priest who had baptised us all,” explained Louise.

“By this time he was very old, retired and living down south somewhere.

“When people die it’s normally a couple of days but for us, it was maybe a week and a half to two weeks. The hospice did that without us having to ask.”

The Armagh woman said the family could not speak highly enough of the care received by her grandmother in her last days.

“It was insane,” she said. “They were always there as a point of call, no matter what.”

The journey that Louise will undertake in May, will also have a deeper meaning for herself.

She explained: “Just after granny passed away I moved to London for university. I had been away for like 10 years when I was present at one of the terror attacks in London.

“Part of my therapy goals is to travel again, so in honour of granny, I am going to overcome my fear and raise money at the same time.”

The terror attack occurred on the tube in London, where a man attacked passengers with a knife, and Louise has since been diagnosed with post-traumatic stress disorder.

“I had a fear that left me thinking I can’t leave my house because I am going to be killed, I can’t travel, I can’t do anything,” she admitted.

Adding: “When you have PTSD your brain believes that your fears are real.”

And she confided that travelling really is a big fear for her.

“There are attacks all over the world, it also involves planes which are a big target.

“Your mechanism in your body is to protect yourself and to avoid everything you think is an issue.”

Louise is currently going through her first break in therapy since the attack, which occurred at the end of 2015.

During this, she has set herself goals to achieve so that she can return to therapy “stronger”.

Part of Louise’s therapy involved going back to the scene of the attack in London.

“Part of the reliving therapy was to return to the site of the attack, it was really tough but I had to make my brain realise that this was just a memory and not a current threat,” said Louise.

She said that the hike would not be a walk in the park for anyone but there may be further issues for her.

“My body is going to be tired but I am also going to be having panic attacks, flashbacks and all my symptoms could flare up.

“I will be somewhere completely new, with complete strangers that I can’t talk to or lean on.

“But if it were easy no one would want to sponsor me.”

Louise has set up a Just Giving Page which can be found using the below hyperlink for anyone who wishes to donate.

You can visit the page here: https://www.justgiving.com/fundraising/louise-mcguinness6