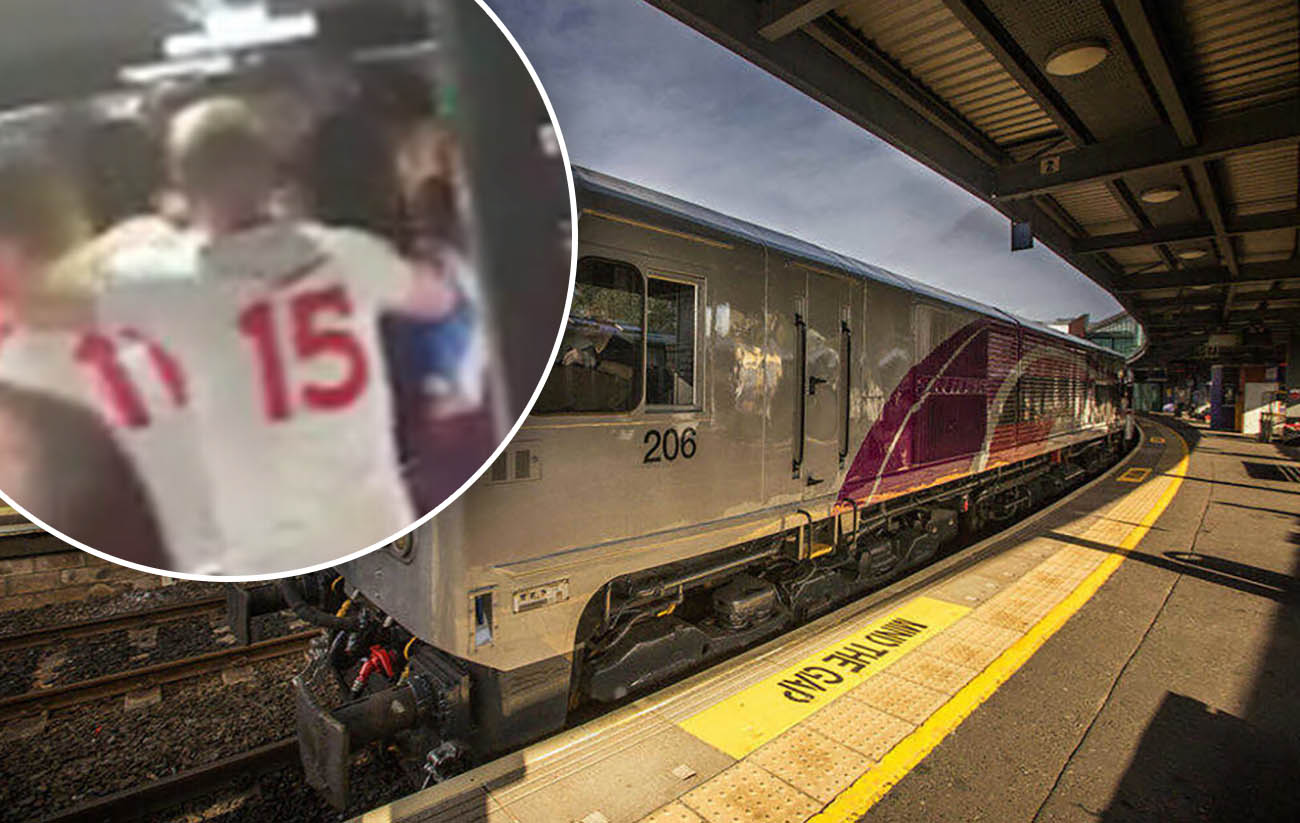 Trains services from Dublin to Belfast were described as a nightmare by one Armagh passenger who said she was feared for her life at one stage on Saturday night.

Commuters expressed their concerns following ‘shambolic’ scenes at Dublin’s Connolly station, which in turn spewed onto the Belfast-bound train services.

Patricia from Armagh told Armagh I: “I was on the train on Saturday night and it was a nightmare.

“It was overcrowded and kids were left standing unable to budge. The doorway of the train was full and we couldn’t move ourselves.

“I was afraid for my life at one point, then a fight broke out and it was just crazy.

“The whole thing was a total disgrace.”

Dublin was awash with fans fromTyrone, Armagh and those who travelled down to watch Liverpool in their final pre-season game – a sell-out at the Aviva.

However, the large numbers caused chaos at the city’s main train station with crowds clambering to get a seat.

One Twitter user described it as “completely incompetent and shambolic”.

“Bought tickets for the special train D to Dublin today for my family. Return train was scheduled to leave at 20.15.

“Arrived at Connolly Station before 8pm to find our train had departed because it was full.

“Turns out the 8.05 train B had also left prior to that. Why? Because people were let on that didn’t have valid tickets.

“Staff at Connolly just shrugged their shoulders at the large crowd of angry passengers – as if it was not their fault.”

Stephen said: “I want someone to contact me regarding the very dangerously overcrowded train from Dublin to Belfast.”

Ryan tweeted: “Disgraceful treatment of fans 2night @ dublin connolly. Herded like cattle. What’s point of ticket, if not let on?”

Armagh and Tyrone GAA fans clashed on one of the trains back on Saturday night.

Police were called after violence erupted on board the Belfast-bound Translink Enterprise train.

Gardai were called and boarded the train at Drogheda, however, no arrests were made.

A Translink spokesperson said: “We can confirm an incident occurred on board the 8.50pm Enterprise train travelling from Dublin Connolly to Belfast on Saturday evening (5th August,) involving some disruptive passengers. Some passengers were involved in an affray on board.

“The Train Manager raised concerns and the Gardai were called. The train stopped at Drogheda to allow them to board and deal with the situation.  A number of passengers were removed and the Gardai continued to travel on the train to Dundalk.

“The incident resulted in a delay to the Enterprise service arriving into Belfast.

“Three other special trains operated from Dublin to Belfast without incident.”

@Translink_NI trains to and from dublin yesterday were a disgrace. Crammed in and stood outside a toilet

Well said Nicola. I was on the train too with my 5yr old daughter. A few seats up from the bustup. Frightening experience for her. Disgrace

‘ Holding pen’ in Dublin connolly infused the situation. Lucky no one was seriously hurt in crush and stampee to get out of it!