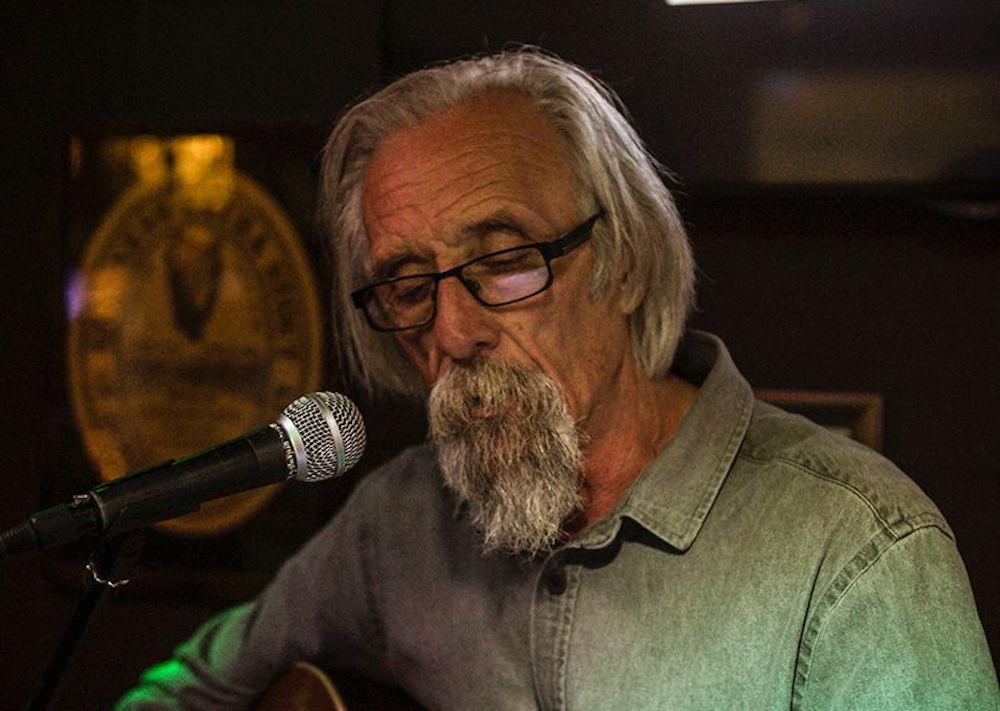 The city of Armagh is mourning the passing of an “icon” of its music scene and inspiration for its continued success.

A popular and well-known man around the city, bringing his music to many generations, Mickey McCool passed away peacefully at his Ashley Gardens home yesterday morning (Wednesday).

Mickey was the beloved husband of Rosemary and loving father to Laura, David, Aaron, Sarah and Jessie.

Mickey’s daughter Laura Rose, a member of Armagh band 2nd Drawer Down alongside her beloved father, took to social media and simply wrote ‘My Heart, My Soul’ (heartbroken).

What followed was a flooding of tributes to her late father, with many describing him as a “great man”, “an inspiration” and simply “a legend”.

Sinn Fein councillor for the area, Garath Keating described him as “a cherished musician, singer, entertainer and philosopher” to the people of Armagh but to his family he would be the personification of “Daddy Cool”.

“Those of us even vaguely familiar with the tavernas of Armagh or the bustling local music scene will today be absolutely heartbroken at the sad news of the untimely passing yesterday of another true, larger than life, icon Mick Mc Cool,” he said. Mick with his daughter Laura Rose playing together in December 2019.

“Anyone who had the good fortune to have spent time in the delightful company or audience of Mick will know how lucky they were. He was one of a kind, a brilliant character.”

An accomplished guitarist and vocalist, Councillor Keating said Mick was “an avid imparter of knowledge and wisdom and a fountain of craic and togetherness.”

He added: “Mick shared the stage and lent his talent to many great artists and bands here over the years, none more creatively or proudly so than in recent years with his daughter Laura Rose Mc Cool in their magical ensemble Second Drawer Down.

“An ever popular sight and sound on the local circuit Micky was always hugely generous of his time and tremendous talent at local festivals and celebrations such as the Seven Hills Blues Festival, and in sharing his tips and vast knowledge (and even equipment at times) with young up and coming acts to help them along the way.”

One such artist was Armagh’s Martin Rafferty, who himself paid a tribute to a mentor and friend.

“Mickey used to lend us his gear in the early days and was always one of my biggest fans and mentors,” he said.

“I owe so much to Mickey, as without his support in them crucial early days, I may never have pursued music as a full time passion. There are a million stars in the sky, but none shine as bright as you my friend.”

Alliance representative for the area, Jackie Coade, commented: I am so sorry to hear of your Daddy passing away Laura. I can only imagine how heart broken you are and how much you’ll miss him.

“It’s not too often a Dad and Daughter get to share such special talents together. I am so sorry for your loss. Thinking of your mummy and all of you at this very sad time.”

Friends of the Folly River said they were “heartbroken to learn of the passing of Mickey McCool”.

“Mickey has lived in and around the Folly area for a good number of years and his wife Rosemary was previously chairperson of our group,” they wrote.

“We would like to pass on our condolences to Rosie and their children Laura, David, Aaron, Sarah and Jessie, all of their grandchildren and the wider McCool family.”

Eoin Kelly, who played alongside Mick for years, share a picture and tribute: “I gcuimhneas Mick Mc Cool; suaimhneas síoraí air… in memory of Mick, eternal rest after all the pain recently a chara… what can we say about Mick? This was taken in the Northern Bar, in 2016 at the beginning of a lovely friendship of stories, songs and sounds. Great humour, serious sound man and a wonderful eclectic taste in music.

“He made mistakes, I made made mistakes, like we all make mistakes up there on stage or also on the stage of life but we lived, learned, moved on and I have to say he was one of the finest and tastiest rhythm guitars/singers I ever had the pleasure to play with.

“It’s a great pity we won’t hear those tones again but we were lucky to ever hear them in the first place and all our sympathy lies with the McCool family who have lost yet another giant. It was a pleasure to know you Mick, a privilege to play with you and your parting will leave a huge gap in all our lives: the rockers; the bikers; the Pagans; the folkies; the Angels; the antique dealers; the Orchard Ukers; the Navan Forters and the Armagh Farters!!

“It Must Be Love for Sylvia’s Mother and now you’re Knocking On Heavens Door, Living on the Love of the Common People, high as a Satellite and gone with Four Strong Winds. Only You could bring together the Leonard Cohen’s First We Take Manhattan with Junior Johnson and weld it with a touch of Neil Young’s Southern Man or Out At The Weekend.

Mickey’s remains will repose at his late home until removal on Friday at 10.00am for 11.00am requiem mass in the Church of the Immaculate Conception, Tullysaran, burial afterwards in the adjoining cemetery.