Her proud mum said: 'I told Kourtney to start writing her list for Santa. She told me she did not want anything and wanted to give to those in need' 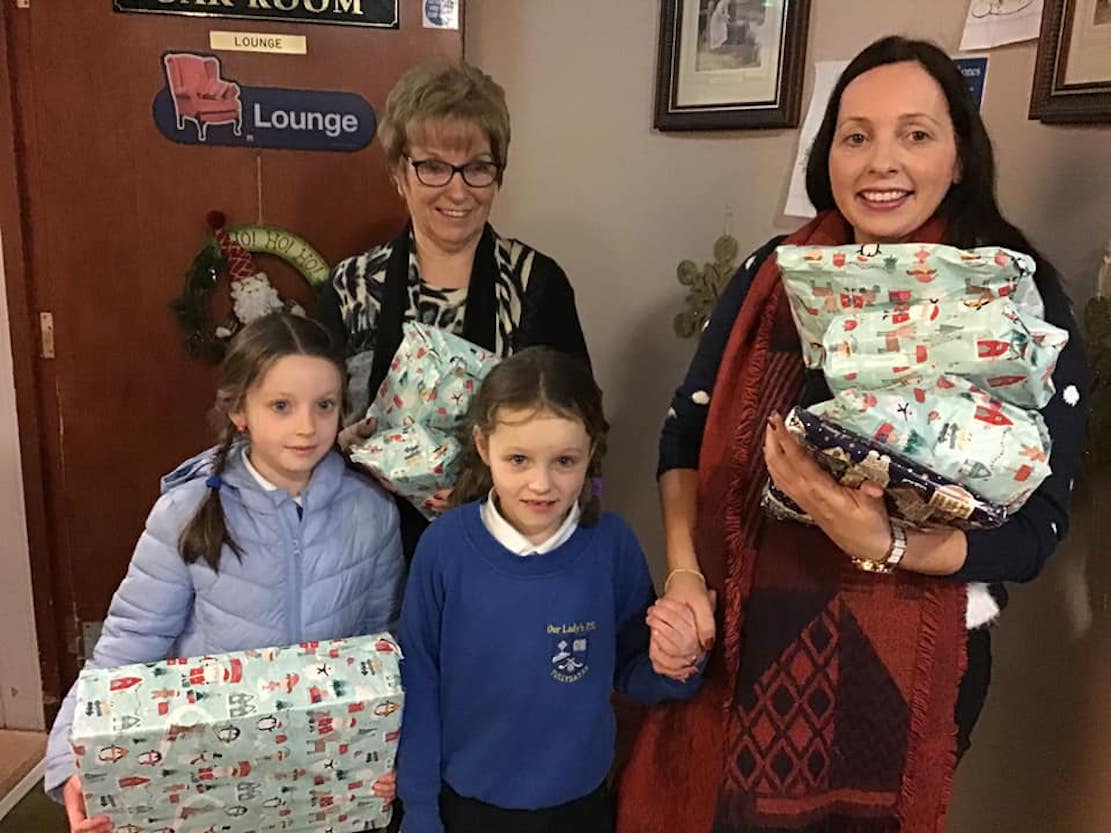 Christmas is almost upon us and it will be tough to get the children in bed for the arrival of the big man with his sleigh filled with goodies.

But one Armagh girl, Kourtney Donnelly, told her mother Maire last month that she did not want anything and would prefer her presents to go to those in need.

Then began a mission to get presents for all residents at both the Chestnut Lodge Nursing Home in Benburb and Greenpark Manor in Armagh.

Speaking to Armagh I, proud mum Maire explained: “It all started in November.  I told Kourtney to start writing her list for Santa. She told me she did not want anything and wanted to give to those in need.

“I could have burst with pride. I was over the moon. Our initial thought was people that were in hospital, but with only a few weeks to go and all the red tape it was a no-go.”

Maire then thought about who else the presents could go to. And, as there are often appeals with plenty of presents going to kids but not for the elderly, she seized upon that idea.

The initial plan had been to collect donations for just one nursing home but such was the response that a second was added.

Maire added: “I was just overwhelmed by the response, but Kourtney shied away from the spotlight. She was nervous going to the nursing homes but I suppose it would be for any young person.

“We were in contact with the local school choir and they came and sang as we gave out the presents too. It really was beautiful and to think it all started with Kourtney’s wish.”

Maire would like to take this opportunity to thank everyone who donated to the cause and made Christmas special for these residents.

And a special thank-you to Kourtney’s little sister Meghan who helped throughout the process.