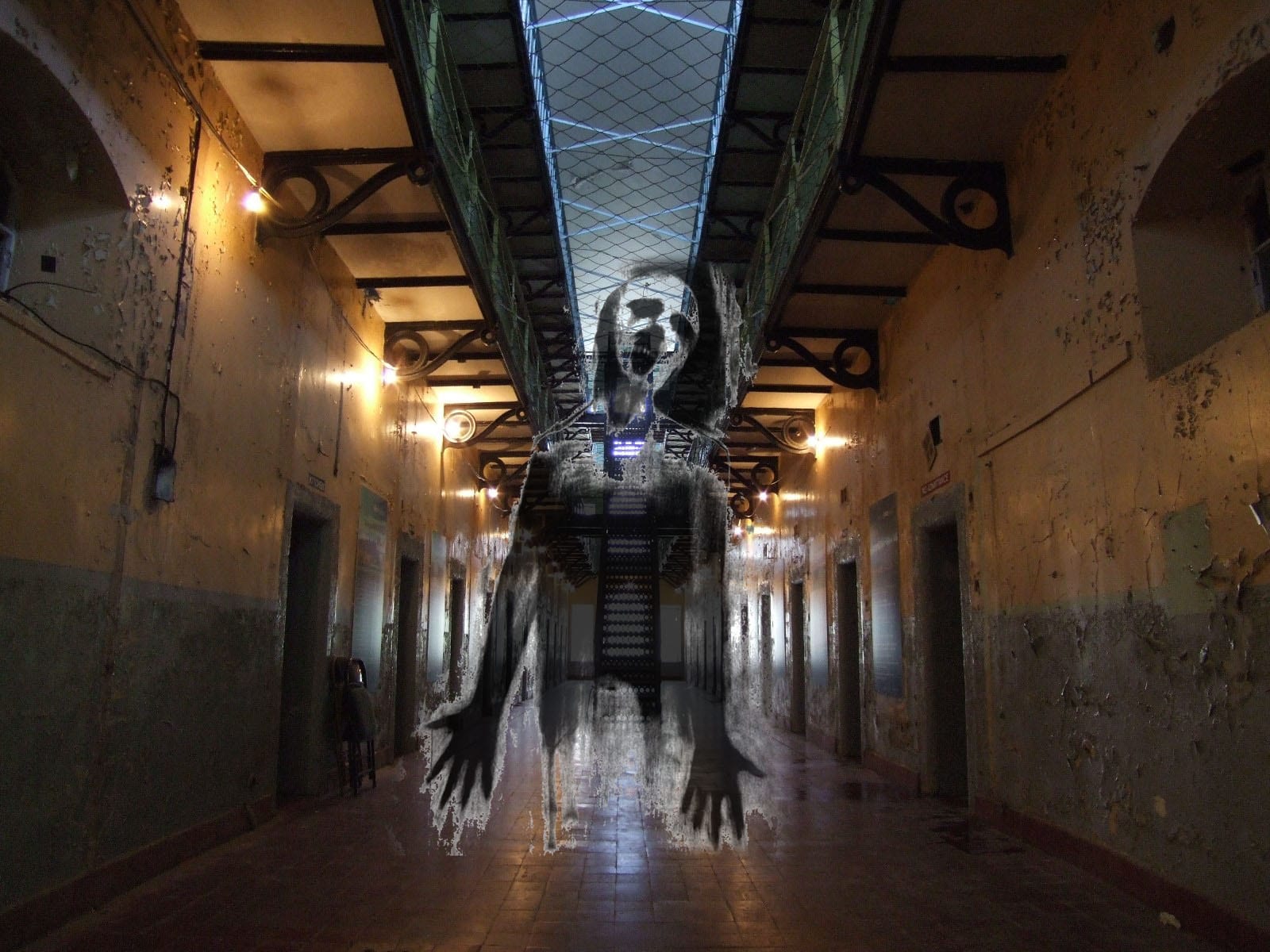 A paranormal investigator has described the Armagh Gaol as one of the most active locations for paranormal activity which she has ever visited.

The Gaol is currently open for tours – with a special Hallowe’en focus at the moment.

It has been suggested for some considerable time that the building might be haunted.

It has, after all, been the scene of murder and of executions. Prisoners had been put to death in public and later within the extensive enclosed courtyard.

It was constructed over 200 years ago – during the 1780s – and remained a working prison up until 1986, when the prisoners were moved to Maghaberry.

It did also hold male prisoners, despite the belief that it was only ever used as a women’s prison.

The interest in Armagh Gaol really took off off the back of the popularity of the Crumlin Road Gaol tour in Belfast.

It draws many visitors to Armagh, particularly those with an interest in the paranormal. Indeed, it has previously been the feature of a half-hour documentary where paranormal investigators and a medium entered the prison to see if they could make contact with those ‘not at rest’.

Now Sharon Clarke, herself a paranormal investigator, has shared her own experiences in an article for the website www.spookyisles.com.

The Belfast woman recently revealed the story of the Armagh ‘demon house’, which saw a city family terrorised by an unseen force.

It is an area to which she is drawn and at Armagh Gaol she was not disappointed.

It was the scene of many disturbing episodes and prisoners have spoken of brutality behind its walls, something which has shocked Sharon given that such things happened in such relatively recent history.

Only recently we shared a photograph of what appeared to be a figure holding a young child. It is one of many such pictures which appear to show images or apparitions preserved on film

Sharon’s interest was piqued; she wanted to find out for herself, as she had been told by staff of hearing footsteps, disembodied voices crying out of nowhere and doors slamming closed.

With its history of death and torture, Sharon – who describes herself as a “horror enthusiast and lover of all things spooky” – says she is sure that a “residual energy lingers”.

When taking part in the recent exploration at the Gaol, the investigator felt that the look of the building was quiet and inviting but says: “How wrong I was to be proved.” Inside the gaol. Disclaimer: We have given ourselves some creative licence

She tried to get an impression of what it might have been like to have been a prisoner held within the thing stone walls. It was not difficult, as the building interior looks very much as it did down the years.

Sharon said the walls in the solitary confinement cells seemed to “ooze an invisible cry, a residual echo of defeat and hopelessness”.

Outside the building, where prisoners would have been executed, Sharon spoke of the pervading atmosphere as being “one of darkness, both seen visually in the night sky and felt in my very soul”.

Some in the group, she explained, had complained of feeling unwell, and being dizzy, and from a psychological point of view could attribute this to their knowledge of what had gone on there over the years.

It was not until they made their way to the B Wing, in which male prisoners were held, that the Gaol’s reputation for paranormal activity came home to Sharon. And it was a reputation she feels to be justified.

She said that mobile phones seemed to lose their charge and this prevented photographs being taken.

Sharon, who has studied psychiatry, says she approaches the paranormal from a scientific slant; psychiatry helps her understand why people feel unwell in such situations or mass hysteria is instigated.

But on this occasion she reports that what she witnessed and heard within the walls of B Wing was “not easily if at all able to be debunked”.

Standing as a group in deafening silence the investigator looked upward to the second floor cells and had a strong sense that she was being watched.

And then, says Sharon, it started!

Cells doors began to bang – large thugs over and over. There were shocked and panicked gasps from the group’s members who had no idea what was happening or causing the commotion.

Sharon told those presence to stay silent and calm.

The banging of the doors would stop, with intermittent periods of silence but the atmosphere became “more oppressive and cold”. She believed that whatever presence was with them was growing in its energy, feeding off their fear.

She said the banging would grow in intensity when they tried to use phones and cameras.

As the group turned to the metal steps up to the second floor level, Sharon says four of their number suddenly looked scared to death and pointed ahead, gaping open-mouthed.

All began trying to speak at once, asking: “Did you see it? It was on the stairs.”

The ‘it’ the four had seen was described as a male figure transcending the steps in their direction.

The investigator reports: “As I called for quiet a voice, quivering, said, ‘Oh Sharon, it’s tall and it’s beside you’. To be honest it did feel like someone was indeed beside me.

“I looked round and saw a black shadow figure move among the group. Others were shouting, ‘It’s over here. Oh God!’

“It became very intense and intimidating for some so I led everyone to neutral territory. As we walked away the door banging got louder and faster, one could almost feel the anger.”

Sharon says she has visited many places during the course of her investigation but Armagh Gaol without doubt is one of the most active in terms of paranormal activity.

She admits she will never forget that night inside the cold and foreboding walls of Armagh Gaol.

But nor will it put her off; as a researcher, Sharon says the episodes experienced have only fuelled her interest and she feels called to keep pursuing Armagh Gaol and to find out exactly what lies within!