Armagh and Tyrone fans clash on train back from Dublin 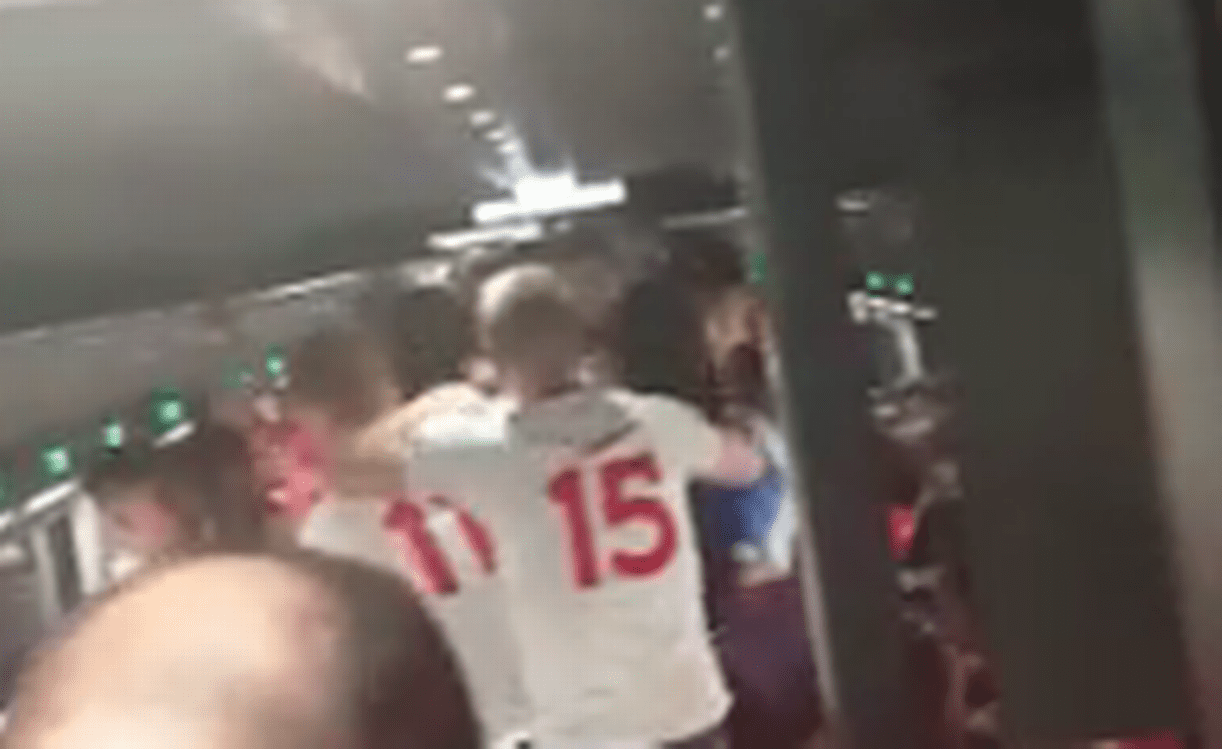 Armagh and Tyrone GAA fans clashed on a train back from Dublin on Saturday night.

Police were called after violence erupted on board the Belfast-bound Translink Enterprise train.

Gardai were called and boarded the train at Drogheda.

One witness, who had travelled with her family, told Belfast Live: “There were families on board, elderly, children.

“Around a dozen Armagh and Tyrone fans began to fight and become violent. They were climbing over seats, punching and thumping each another.

“Someone pulled the cord and stopped the train too.

“Then at Drogheda we sat for around 90 minutes waiting for the police. They didn’t arrest anyone.

“People had cuts and bruises from fighting. The train was a mess from the fight.”

A spokesman for An Garda Siochana told the website: “We attended the scene at around 10pm.

“A number of people were fighting on the train.

“We boarded the train and stayed on the train for a while, calmed the situation down and it departed to its destination.

“No complaints were made and there were no arrests.”

Earlier in the day Tyrone had thrashed Armagh by 17 points in the All-Ireland quarter final at Croke Park.