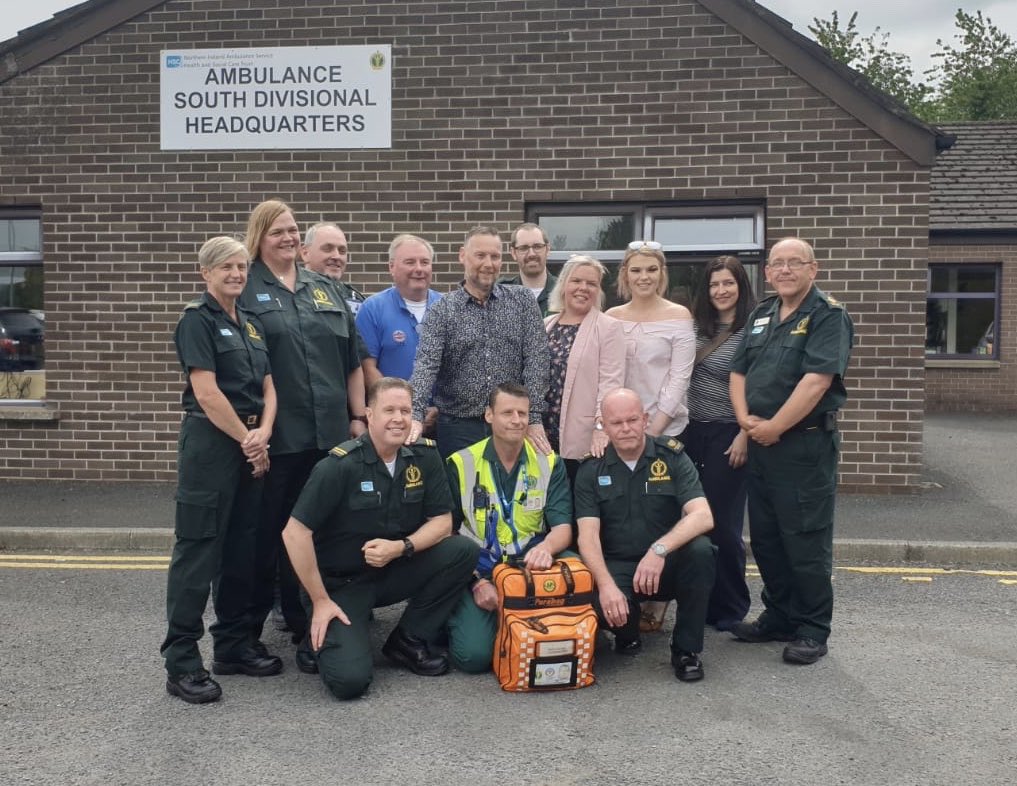 From a relaxing break away in Donegal to fighting for his life on his life on the bedroom floor.

Only for the actions of Colly O’Brien’s wife and the emergency services, this story could have been so different.

The Ambulance Service explained exactly what happened on that fateful night.

In the early hours of October 1 last year, Majella McBrien awoke from her sleep to find her husband Colly standing by the side of their bed in their Armagh home, complaining of chest pain.

They had just returned from a short break in Donegal where they had spent an enjoyable and relaxing time.

She could not have been aware of how different the next few hours of her life were going to be.

A short time later, Colly collapsed and stopped breathing. He had suffered a cardiac arrest.

Majella immediately rang 999 and in so doing, established the first link in her husband’s Chain of Survival.

Whilst the Control team began the process of identifying and allocating crews, Majella was talked through delivering CPR to her husband by EMD John McCullough, thus ensuring that the second link of the Chain was created.

Nine months later, during a very emotional event held at South Division HQ, Colly and Majella got the opportunity to meet and thank all those who had been involved.

Majella recalled how John’s calm and reassuring voice had been so important to her and had helped her maintain CPR on her husband for what had seemed like a lifetime.

At one point, she recalled John telling her that the ambulance was only one minute away and that she should get someone to make sure the door was open. Her response had been to say “that was good because her arms were so sore, she didn’t think she could keep going for much longer”.

Colly explained that he had no recollection of any of the events leading up to his cardiac arrest, but he had been determined to meet and personal thank all of those who had been involved in any way.

In welcoming Colly and Majella to South Division HQ, Area Manager Mark Cochrane paid tribute to the professionalism and expertise of all those involved.

He highlighted how positive outcomes like this are only achieved through the dedication and commitment of individuals coming together as a team and he was delighted that Colly and his wife had wanted to acknowledge that fact by meeting all those involved in ensuring that all of the links in Colly’s Chain of Survival had been strong.

By way of recognition, each member of the team were presented with a small token of appreciation to acknowledge the role they had played, including Majella, who had been the first link in her husband’s Chain.