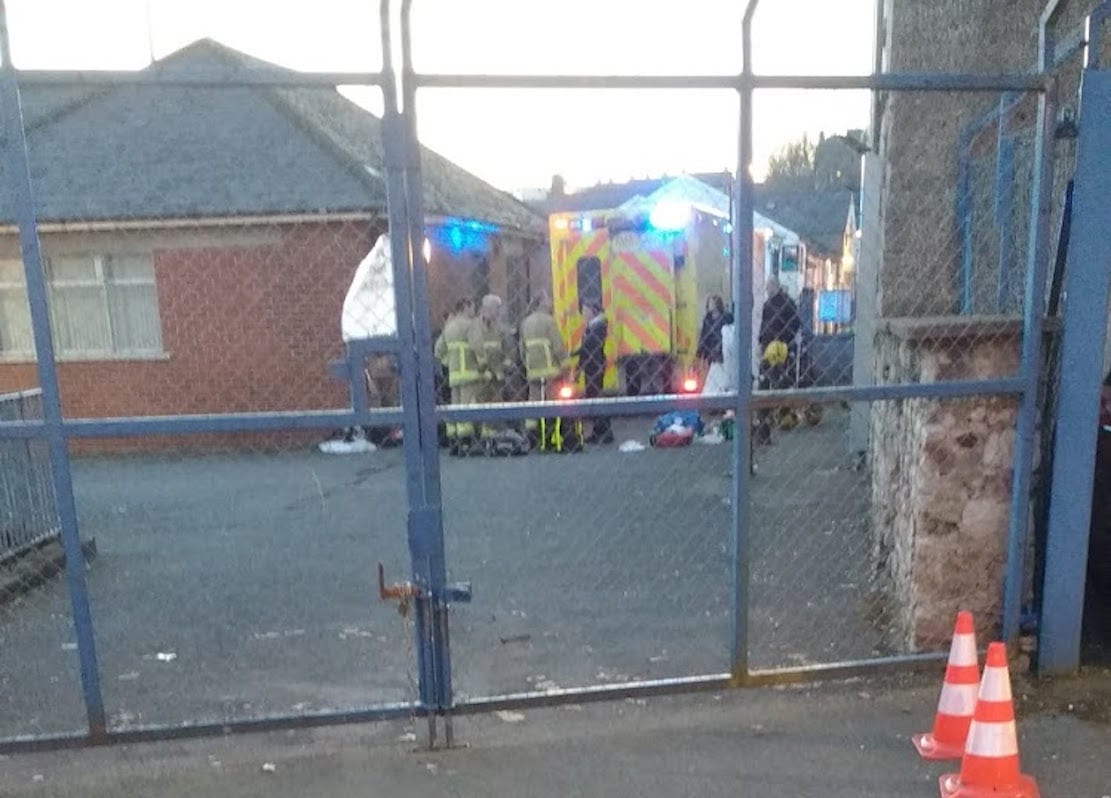 The Air Ambulance has been tasked to the scene of a major incident in Armagh City Centre.

It is understood it has landed at the Palace Demesne after earlier being unable to gain access to the Dobbin Street Community Centre car park.

It is understood that a male is currently receiving urgent medical treatment at the scene.

Large numbers of police officers have cordoned off the area around Linenhall Street.

There have been unconfirmed reports that a man had fallen from a top floor window at the Simon Community Hostel.

Residents of the nearby Patrick’s Fold have also spoken of having heard what was described as a “loud bang”.

Motorists should avoid the area.