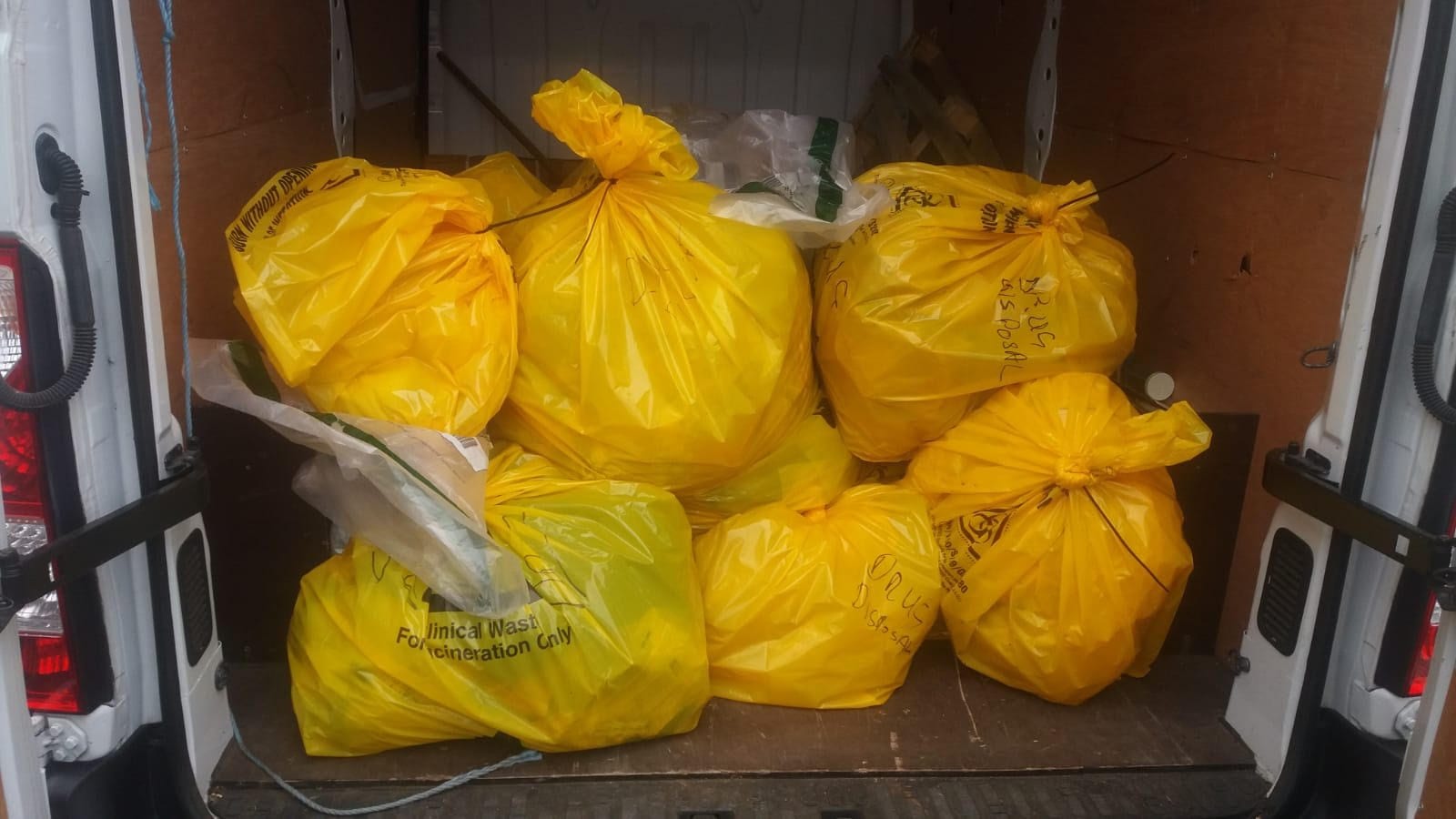 The destruction was carried out by officers in the Armagh, Banbridge and Craigavon district.

The bags (pictured) contained 165Kg of Class A, Class B and Class C drugs with a street value of around £2.5million – all seized within the last six months.

A PSNI spokesperson said: “Today we carried out Orders of our Courts and disposed of it.

These drugs have been removed from our communities over the past 6 months.

“Everyone is entitled to their opinion, but having seen the devastation that drugs has caused to users, their families, and innocent bystanders.

“Together we can remove drugs from our streets. We cannot do it without your help.”

The destruction came just before Detectives from PSNI’s Organised Crime Unit seized ammunition during a search in the Craigavon area.

A quantity of suspected cannabis was also seized.

“Those who involve themselves in organised crime should be under no illusion as to our commitment and determination to identify, pursue and arrest anyone suspected of involvement in criminality and see them convicted for their crimes.

This is what 165Kg of Class A, Class B and Class C drugs looks like with a street value of around £2.5M.
Today we carried out Orders of our Courts and disposed of it.
This has been taken off our streets in the past 6 months!
We need your help to get drugs off our streets! pic.twitter.com/fNdGL0fFRG