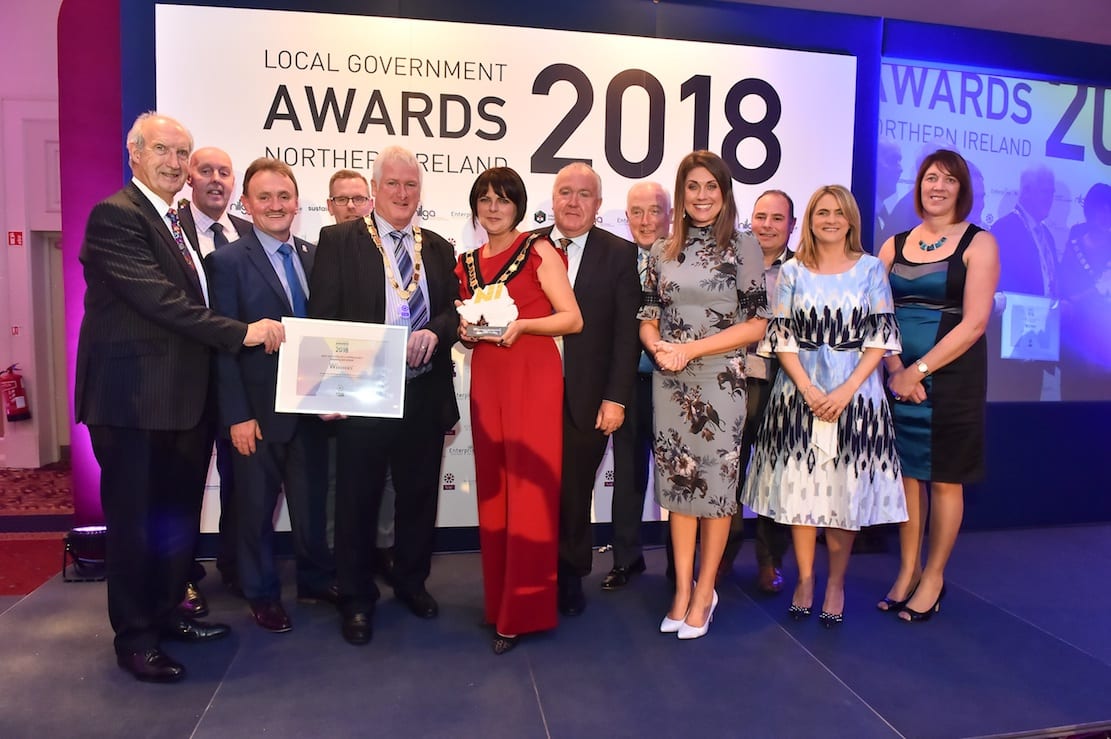 Councillor Julie Flaherty, a first time councillor was co-opted onto the Council in May 2016.

Earlier this year, Julie proposed a notice of motion calling on the council to provide free burial services for children under 18 years old. Following unanimous support by Armagh City, Banbridge and Craigavon Borough Council, Julie’s proposal was also adopted by the other 10 councils in Northern Ireland.

Julie continues to fundraise to support charities who helped her son Jake who was born with a heart defect, Downs Syndrome, Hirschsprungs Disease and an acute lung condition, who sadly passed away at two years of age – raising over £20,000 in recent years.

Speaking after the awards evening, councillor Flaherty said: “I am truly honoured and proud to receive the Best initiative by a Councillor award – the first award I have ever received!

“I would like to take this opportunity to thank my fellow councillors for supporting the notice of motion to provide free burial services for children under 18 years old and also to all the councils across Northern Ireland for their support.

“This really is something that is very personal and close to my heart and I will continue to lobby for safe and sustainable paediatric services in Northern Ireland.

“I would also like to congratulate my party colleague Alderman Jim Speers on receiving a lifetime achievement award for over 40 years’ service as a local councillor.”

Alderman Jim Speers received a lifetime achievement award to acknowledge the many years of dedicated work to support others and his outstanding contribution to public and community services.

Councils throughout Northern Ireland attended the 2018 Local Government Awards, hosted by Sarah Travers at the Armagh City Hotel on October 11.