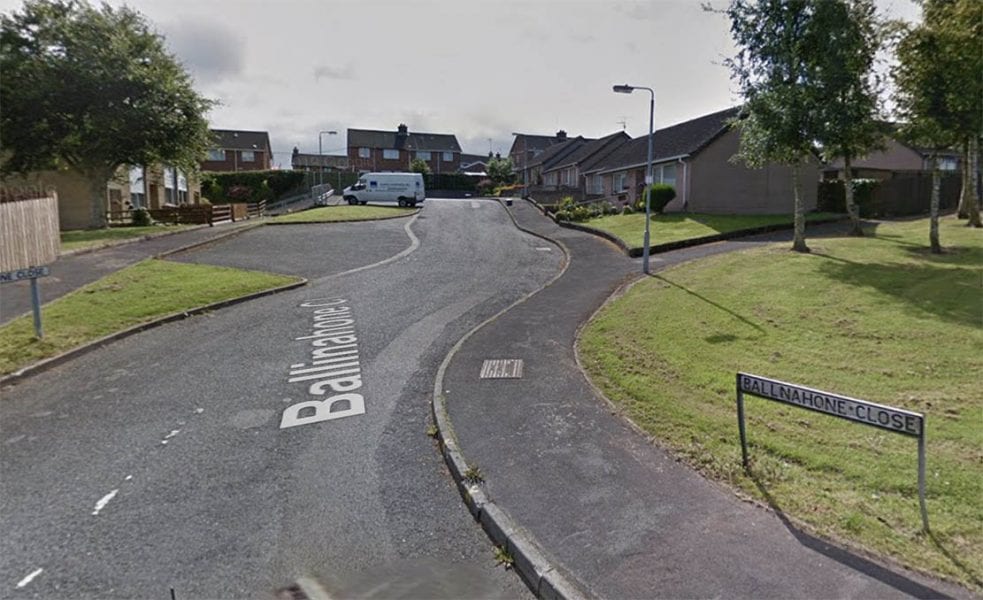 A man has been arrested after the sudden death of a man in Armagh city on Saturday night.

Detectives say they are investigating the circumstances surrounding the sudden death of the man in the area of Ballynahone Close.

At around 10.20pm police received a report of some form of altercation.

Upon arrival of police a man was discovered lying on the ground and despite the efforts of emergency services he was pronounced dead at the scene.

A post mortem examination will take place in due course to determine the cause of death.

A 49 year old man has been arrested as part of the investigation and remains in police custody at this time.

Detective Chief Inspector Michelle Shaw said: “I am appealing for anyone who was in the area of Ballynahone Close last night and who witnessed some form of altercation to contact detectives on 101 quoting reference 2554 10/04/20.

Newry & Armagh Sinn Féin MLA Cathal Boyle has said the news was “tragic and had caused great shock”.
And he added: “Anyone who may have some information that can help this investigation should contact police immediately.
“This is the most awful news for the family of the deceased to receive and they should be uppermost in our thoughts and prayers at this present moment.”