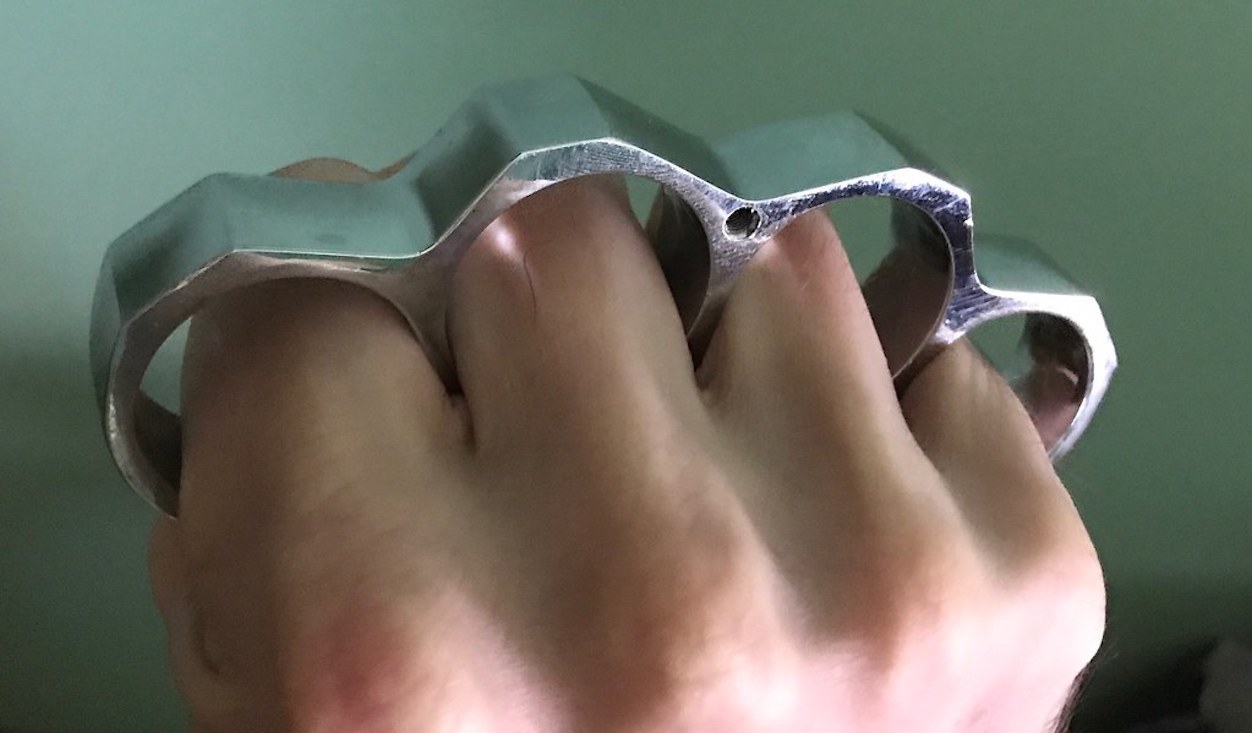 A man who was found in possession of a knuckleduster in Co. Armagh has been fined £350.

Court heard the 30-year-old claimed to have found the weapon and forgot that it was in his vehicle.

Philip McArdle, of Somerton Road, Belfast, did not appear as a plea of guilty was entered to the charge of possession of an offensive weapon in a public place at Armagh Magistrates’ Court on Tuesday.

It was heard that on August 21, during a routine stop by police on the Killylea Road, Armagh, a knuckleduster was found in the defendant’s vehicle.

When interviewed, McArdle claimed he had found it and he had forgotten it was in the car as he had brought it to show people at work.

District Judge Peter King issued a fine of £350, along with the offender’s levy of £15, to be paid within 10 weeks.