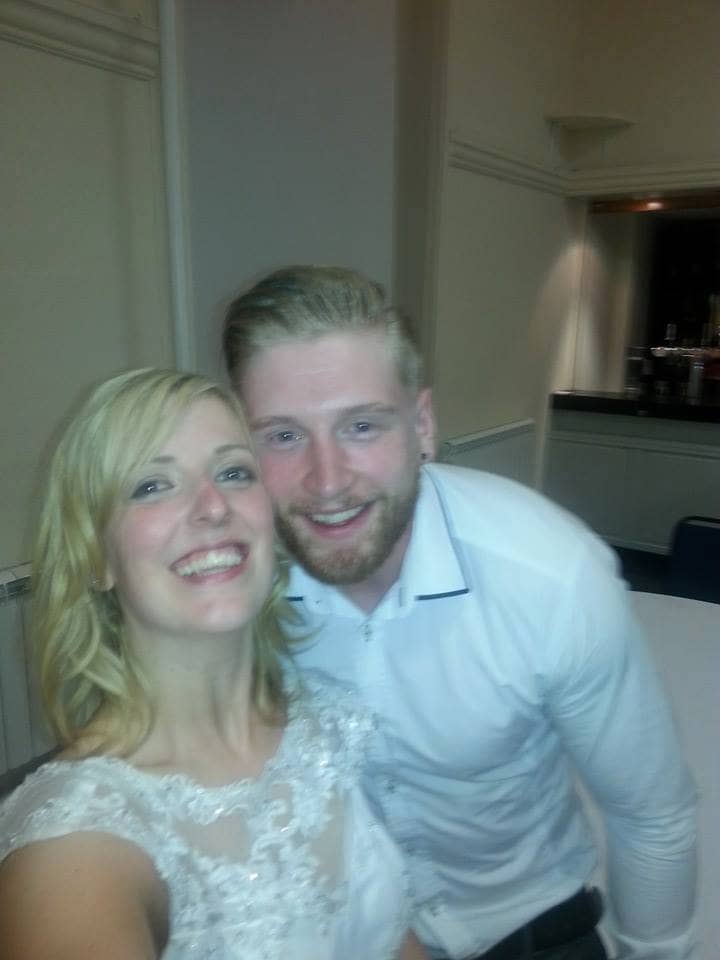 An Armagh man has been hailed a hero after his quick-thinking and First Aid skills kicked in when a woman suffered a stroke in a busy department store.

Gareth Hughes,  Founder of TransFit Fitness Professionals on the Lisburn Road in Belfast, undoubtedly saved the life of the woman when she became unwell while waiting in line at the check-out.

Gareth, a past pupil of St Brigid’s High School in Armagh, had been in the TK Maxx store in Belfast, when the drama unfolded on Tuesday.

The 25-year-old reacted on instinct and, but for his fast reaction, the outcome could have been so very different.

Gareth, recounting his story, told Armagh I: “I was standing in line when I saw the woman was going to fall.

“I then asked her to raise her left arm but she couldn’t, so so I relayed this back to the shop assistant who was on the phone to emergency services keeping them updated on the situation as it unfolded.”

Despite everything, Gareth remained calm under pressure and took charge of the situation.

He added: “I informed them that I was First Aid qualified and that the situation was under control.

“I had to keep talking to her, making sure she was awake until the paramedics arrived and they took over.”

The woman was rushed to a nearby hospital while Gareth waited anxiously for news of her condition.

And he was absolutely thrilled to get a positive call on Wednesday, informing him of the lady’s good progress.

Gareth said: “It was great to hear that she’s on the mend.”

Family and friends are so proud of the young Armagh man and quite rightly so.

And the eternally-grateful TK Maxx store management have offered him a discount as a special ‘thank-you’ for his amazing actions.

But what does Gareth himself make of his new-found hero status?

“I’m just glad I could help out,” he modestly replies.

Would you, like Gareth, recognise the signs and symptoms associated with a stroke?

The Stroke Association advice should help you to recognise when it’s time to act – FAST:

FACIAL weakness: Can the person smile? Has their mouth or eye drooped?

ARM weakness: Can the person raise both arms?

SPEECH problems: Can the person speak clearly and understand what you say?

If a person fails any one of these tests, get help immediately by dialling 999

A speedy response can help reduce the damage to a person’s brain and improve their chances of a full recovery. A delay in getting help can result in death or long-term disabilities.

If symptoms disappear within 24 hours, the person may have had a Transient ischaemic attack (TIA), which is also called a mini-stroke.

A TIA is serious and should not be ignored. If you see or experience any of the symptoms described above you must call 999, as there is no way of telling whether you are having a TIA or a stroke when the symptoms first start.

If you think someone has had a TIA and they have not sought medical attention, get them to see their GP urgently. A TIA is a warning sign that they may be at risk of stroke, so they need to see a doctor as quickly as possible.