Armagh gets ready to bag some Black Friday bargains 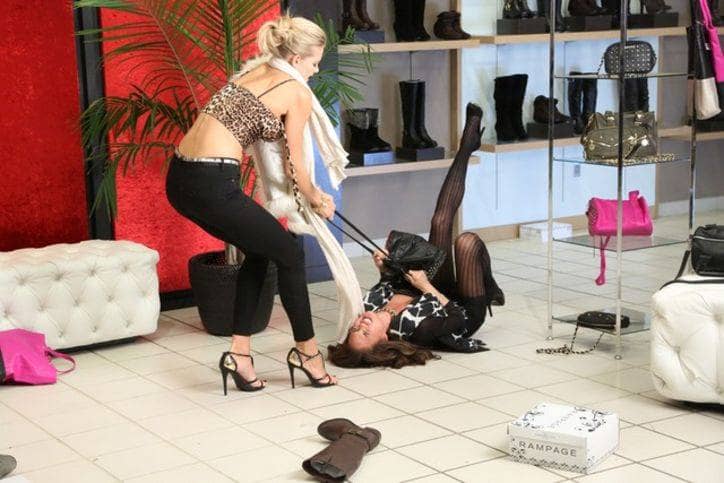 The American tradition that has now reached this side of the pond and can lead to frenzied scenes as thousands of Christmas shoppers try to get the festive season all wrapped up by bagging unbeatable bargains.

Who can forget the scenes last year at an Asda store in Belfast when a fight broke out and a woman ended up in hospital after the bedlam?

There’s no doubt about it, there are huge discounts to be had and Armagh shoppers, like everyone else, will be out to get a piece of the action.

From clothing to electrical goods, food to toiletries, make-up to homeware, it’s all there for the taking.

Many stores across the area, including around Armagh City, at Rushmere in Craigavon and the Quays and Buttercrane in Newry, will be laying on fantastic offers that might make the January sales prices pale into insignificance.

Asda and Tesco stores will again be participating, and around County Armagh others are joining in too, all eager to draw the customers in with bargains and keep them shopping.

Black Friday this year falls on November 28 and expect shops taking part to be open early. In the bigger towns and cities they will be queueing round the block from Thursday night, as many prepare to open at midnight.

Last year is was estimated that some £200 million was spent on Black Friday alone across the UK.

Not everyone wants to venture outside – it’s absolutely freezing out there after all! – but there is plenty of choice online too.

Here are some of best deals to be found online:

This year, the online entertainment retail giant will be running thousands of ‘Lightning Deals’, which will be limited in quantity and time. These are actually running all week. For more info on the best deals first, sign up for Amazon’s deals newsletter here.

The catalogue and online retailer, which has an outlet at the Spires Retail Park on the Moy Road, is promising what it describes as a ‘huge sale’ on toys, TVs, technology and other goods, but it lasts for one day only. Visit their Black Friday page to find their deals here.

There are big savings to be had both online and in store on the range of cookers, TVs, tablets, washing machines, fridge freezers and much more. Sign up to receive online offers as soon as they go live here.

Whatever you decide, it’s all there – either online or in store – just try and get through it in one piece!