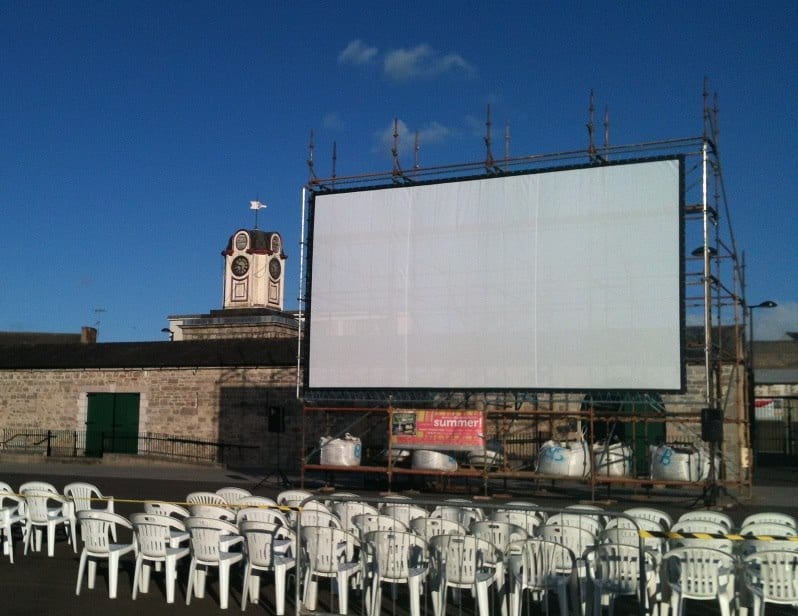 Armagh’s drive-in cinema is on it’s way back to the city.

Armagh council’s Vist Armagh Facebook page today posted a picture of the outdoor cinema in the Shambles Yard with the teaser ‘Back by popular demand the drive in cinema is returning soon’.

Last September, patrons were treated to the cult hit, Back To the Future’ – a classic from 1985 starring Michael J Fox as Marty McFly and Christopher Lloyd as ‘Doc’ Brown.

It is unclear what movie will be screened  and when exactly this will be happening but judging by its popularity last time around, whatever is shown, it will be a huge success.

And people are already calling for such movies as ‘Grease’, ‘Cool Runnings’ and even Colin Morgan’s latest ‘Testament of Youth’ –  screened at Omniplex – after Armagh I made the call!