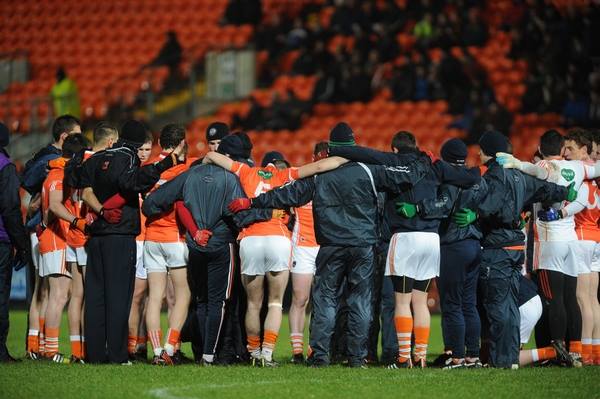 Both Armagh and Dublin GAA have had fines imposed after a brawl during a challenge match in July reduced.

The Central Competitions Controls Committee imposed fines of €10,000 following incidents in the match.

Dublin’s Davey Byrne spent two nights in hospital with facial injuries and he and another player received one match bans.

Both counties appealed against the fines, believed to be among the heaviest imposed on any county for indiscipline offences in recent times.

Today, the GAA’s Central Hearings Committee announced the outcome of a hearing held last Thursday, having considered the action for “disruptive conduct”.

It ruled that the “infraction as alleged was proven”.

Meanwhile, Armagh star Jamie Clarke has had a successful appeal against a suspension imposed by the CCCC.

It was imposed after the All-Ireland qualifier defeat against Galway on July 12.

The CHC confirmed today that the penalty was being thrown out as the unspecified “infraction as alleged was not proven”.