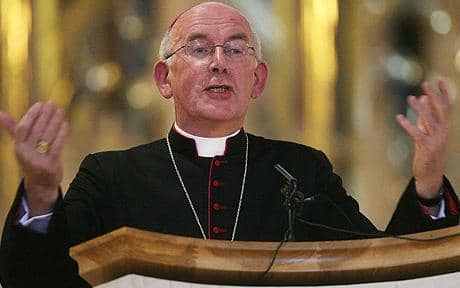 The Primate of All Ireland, who turns 75-years-old tomorrow, confirmed he had offered to step down in keeping with canon law.

The religious law states that bishops must resign by the age of 75.

Cardinal Brady was made Cardinal in 2007.

The move should see Archbishop Eamon Martin take both places in the hierarchy.

A statement by Cardinal Brady read: “Last month I offered my resignation to Pope Francis in accordance with the requirement of Canon Law.

“I did so in anticipation of my seventy-fifth birthday which I will celebrate tomorrow.

“On 18 January 2013 Pope Benedict XVI acceded to my request for episcopal support and Archbishop Eamon Martin was appointed as Coadjutor Archbishop of Armagh.

“This means that as soon as Pope Francis accepts my resignation Archbishop Eamon will become Archbishop of Armagh and Primate of All Ireland.

“Archbishop Eamon has been warmly welcomed into the diocese.

“He has worked tirelessly in getting to know its priests, religious and lay faithful, as well as by becoming involved in every aspect of the life of the Church in Armagh and beyond.

“I look forward to the day when my resignation will be accepted and when Archbishop Eamon will take over as Archbishop, a position for which, I believe, he is excellently prepared.”