Anger at continued anarchy in Armagh 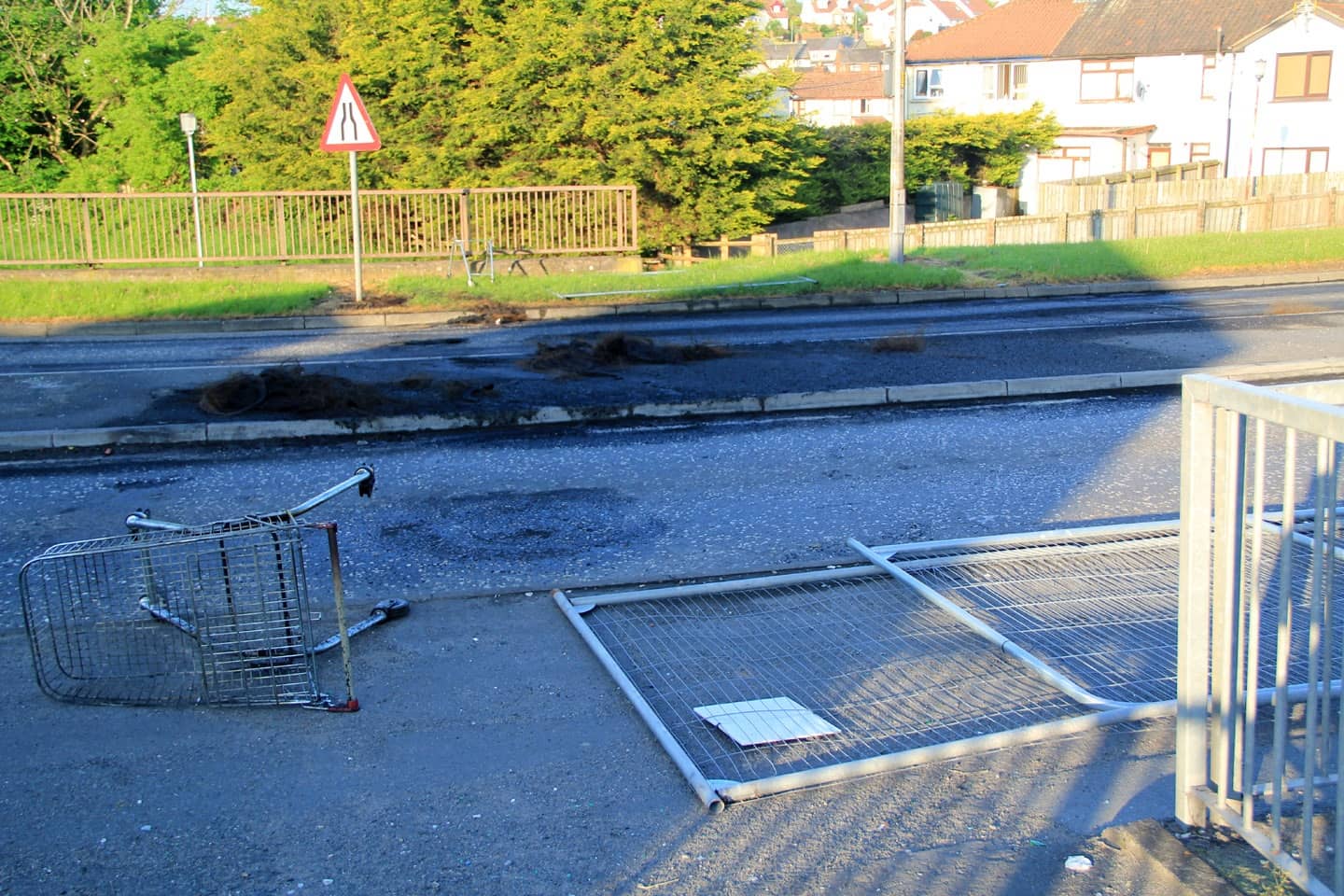 Armagh City Sinn Fein councillors have voiced the anger and concerns of the local community in relation to a number of incidents which have taken place between Wednesday evening and Thursday morning.

The most serious of these occurred at the tunnel area of the Killyleagh Road, where fencing, which had been erected after a serious arson attack on the rear of houses in Nialls Crescent, was removed and used to block the road with burning tyres.

Commenting, councillor Cathy Rafferty said: “There is no justification for this orchestrated anti community activity against the local populace by a small unrepresentative group of individuals. They have removed fencing which was giving some respite to vulnerable, beleaguered residents who were almost killed in their own homes a few weeks ago, and used the fencing to block a main road. For what purpose? What have they achieved? Other than angering the local community who once again feel unsafe in their homes and creating an unsightly mess of which the cost of clearing up  will be borne by rate payers, the answer is nothing.’

‘Thankfully, plans are in place to erect permanent fencing, and I have contacted the relevant people to try and advance these plans at a quicker pace to ensure local residents have the security they need and require.”

Meanwhile, SF colleague, Roy McCartney, has said he will once again contact DRD Minister, Danny Kennedy, in relation to the ‘tunnel’ which runs underneath the Killyleagh Road.

‘I spoke to the Minister over eight months ago and he promised a meeting with myself and local MLA, Cathal Boylan, in relation to this matter. Unfortunately, he failed to follow through on his promise, but I will be asking him once again for a meeting to try and resolve this issue.’

Councillor McCartney also appealed to those young people who congregated in the Sherrys Field area to drink on Wednesday night to show respect for the local community.

‘Large groups of young people gathering to drink intimidates people. It also leaves those drinking, many of whom are underage, vulnerable in terms of public and personal safety. While they may see what they are doing as just a bit of harmless craic, it is in fact illegal and could lead to an arrest or caution, and that concerns me as it could have an affect on the futures of the young people involved if they ever wish to go abroad for work or holidays, and employment opportunities at home. I appeal to those involved to desist from what they are doing and allow the local community to live without fear of intimidation, whether intended or not.’

The Sinn Fein representative also appealed to young people in the Mullacreevie area to cease damaging the new gate way feature on the Killyleagh Road.

‘I have been informed some low level of vandalism has occurred at the site, this coincided with some schools being off and a rare period of good weather, I do not believe what happened was vindictive, just young kids high jinks, I would hope as the feature is finished it will be given more respect in the coming weeks.’