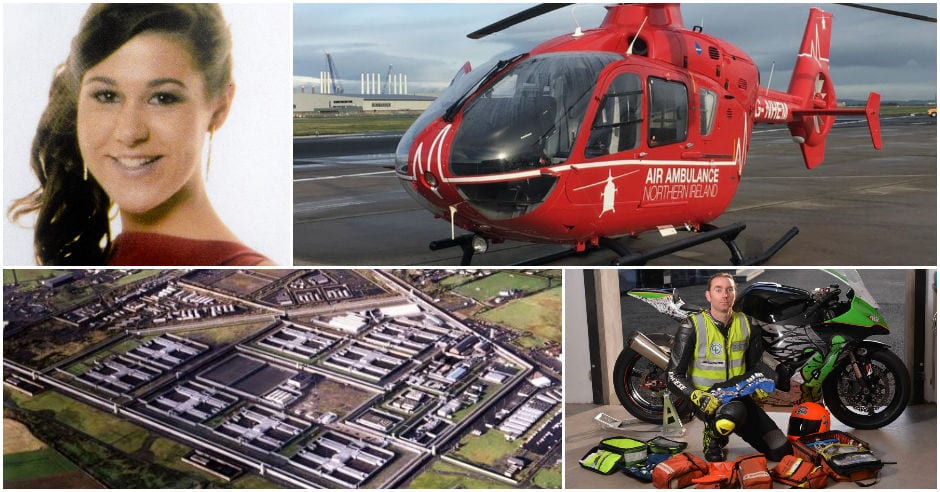 The Northern Ireland Air Ambulance service will begin operation in under three months.

Two air ambulances, providing 24-hour cover across Northern Ireland are to be based at the Maze Long Kesh site, just outside Lisburn.

It’s hoped the Helicopter Emergency Medical Service (HEMS) will save up to 50 lives a year.

Michelle O’Neill announced the service will begin operations in 10 to 12 weeks.

She took to Twitter to say: “Credit to all those who have worked tirelessly for HEMS-Air Ambulance service in the north of Ireland, including the late Dr John Hinds.”

The late Dr John Hinds – who died in a motorbike crash – was one of the many to campaign for the introduction of the service.

After his death in a motorcycle crash while providing volunteer medical cover at the Skerries 100 race in Dublin, his partner Dr Janet Acheson continued his campaigning work.

The family of Lesley-ann McCarragher – who died after a hit and run in Armagh also supported the campaign, and the public to show their backing for thecharity set up to establish the air ambulance in Northern Ireland.

“The service will bring us into line with other regions in the UK and Ireland, and may save between 18 to 50 lives every year.

“AANI is continuing to work with our partners in Health and Social Care and the Northern Ireland Ambulance Service, and we expect to commence this lifesaving service within the coming months.

“The support we’ve received from the public and local businesses has been fantastic, and I want to take this opportunity to say thank you and encourage others to get involved.

“Annual running costs for the service will be £2m and we are relying on the generosity of local people to help us raise these funds.”