New Ballytyrone Orange Hall to be more than double the size 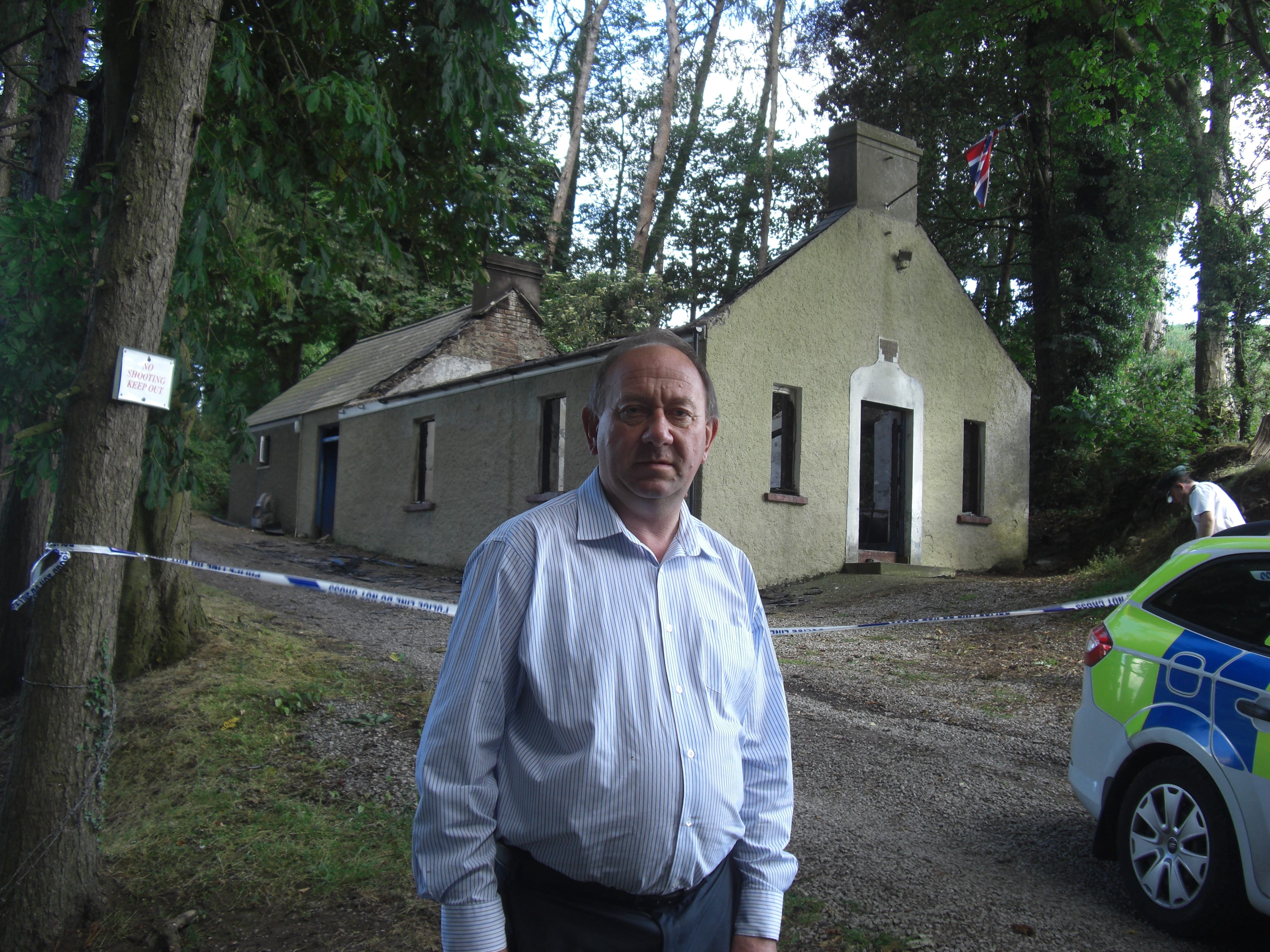 Ballytyrone past master and MLA William Irwin at the scene of the arson attack in July 2015.

A £400,000 plan has been drawn up to build a new Loughgall Orange Hall to replace one destroyed in an arson attack almost two years ago, Armagh I can reveal.

Details of the planned development have this week been submitted for consideration by officials at Armagh City, Banbridge and Craigavon Borough Council.

Pledges to rebuild Ballytyrone Orange Hall bigger and better seem to have been adhered to.

Armagh I understands the new hall will be more than double the size of that destroyed, and will also include car parking, something which had previously been limited on the site.

The replacement hall will be situated about 50 metres away from the fire-damaged premises, on a patch of farm land.

Ballytyrone Orange Hall was destroyed in the blaze, after it was targeted in a late night attack on Thursday, July 2, 2015.

Police were alerted to the incident shortly before midnight.

Fire crews attended the scene at the rural country hall, used by a lodge with just 26 members and by Ballytyrone Accordion Band.

In the aftermath of the attack the community rallied together; Sinn Fein MP Mickey Brady visited the hall and also offered his support.

Newry and Armagh DUP MLA William Irwin – a past master of the Ballytyrone lodge – was one of the first on the scene at the time and spoke then of the resolve of members, saying: “Despite my personal distress and that of our members at the scene of wanton destruction at Ballytyrone, I can assure the community that we will come back bigger and better, from this cowardly and mindless attack on our hall.”

Collections were taken up at both the Twelfth and Thirteenth Demonstrations in 2015, just days after the attack, and there has been active fundraising ongoing to raise the money to see a replacement hall – which is on the Creenagh Road – constructed.

A gofundme page was also started and appealed to the community: “With your support we can build bigger and better for the future.”

A planning application for the work is now with the ABC Council and will be publicly advertised this week.

A decision should be expected within a number of months and sources indicate that the development is likely to be given the go-ahead, allowing work to get underway sooner rather than later.