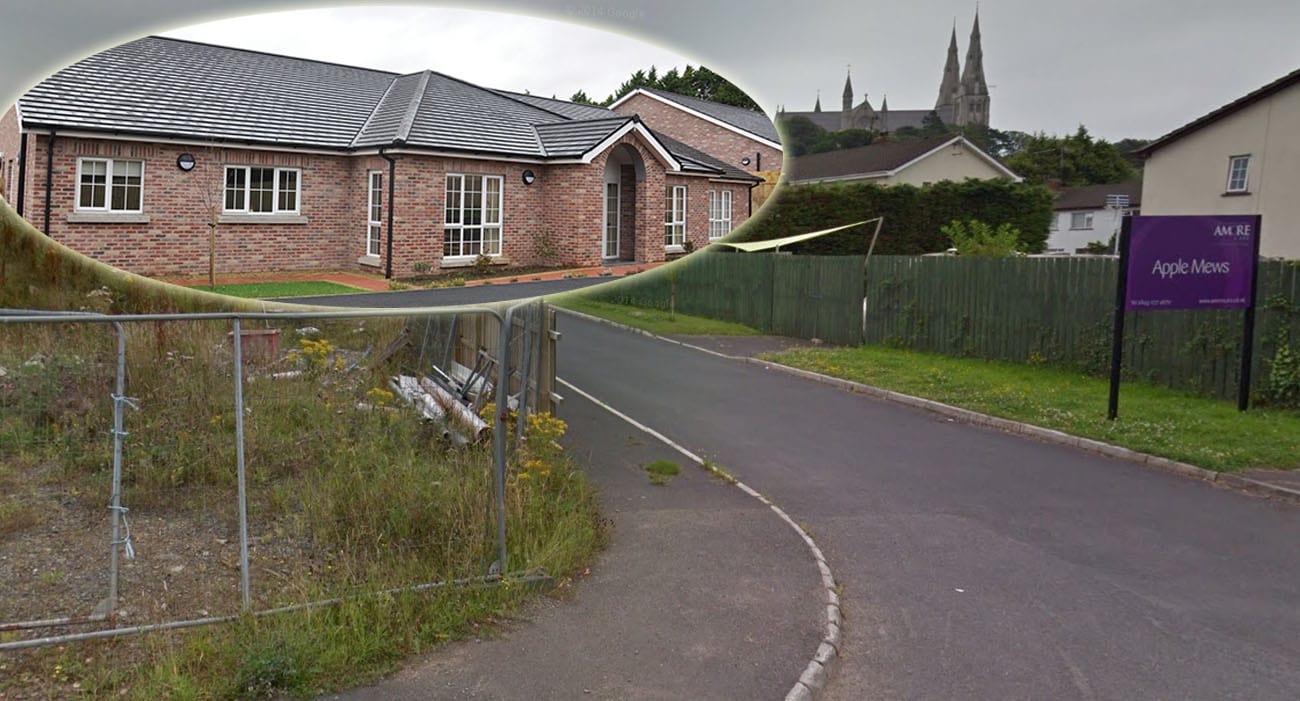 Work is about to get underway on a major extension at an Armagh City care home at a cost in excess of £3.6 million.

And the development is also expected to more than double the number of employees, with the potential for a further 24 jobs being created, Armagh I can reveal.

Apple Mews Care Home is based at the Cathedral Road and is a modern and stylish development.

It has the current capacity to provide care for up to 30 adults with learning disabilities, autism and complex physical disabilities, providing nursing care and a range of programmes to support the development of independence and life skills.

In a homely and comfortable environment, it has been designed to enable ‘person centred’ care and to assist people who are unable to live in their own homes to maintain as much independence as possible.

Now work is getting underway on a huge new addition which will greatly increase the number of people whose needs can be accommodated.

It will be constructed on vacant land, immediately south and adjacent to Ard Mhacha House on Desart Lane.

Keady-based Emerald Developments is the main contractor for the extension, which will stretch to over 2,300 sq metres.

It will see the creation of four low dependency units and associated site works, together with additional car parking.

Two units will comprise 11 independent flats – each with one bedroom. Each of these two will also have a common dayroom.

A planning application for the scheme was submitted in March of last year, with approval granted by Armagh City, Banbridge and Craigavon Borough Council at the end of February past.

That in the bag, the work is now starting and will be carried out over 18 months. It should be up and running by September 2018.

According to the original papers submitted to council for consideration, the development would see the existing staff numbers of 21 increase to 45 – which will represent a major boost in the local care industry in Armagh.

The development comes after Armagh I also previously revealed plans for an extension at Hamilton Court Care Home in Armagh, which came less than a year after it was taken over and saved, having previously faced closure.