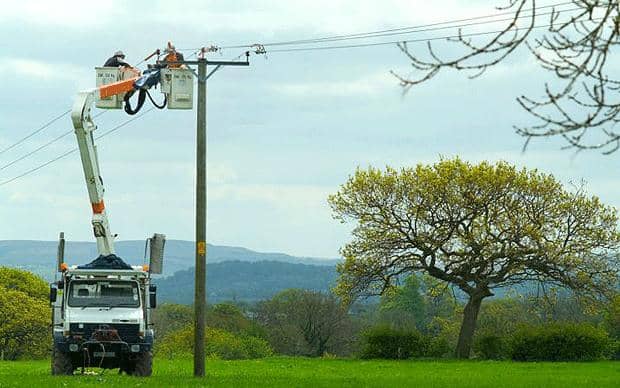 SOUTH Armagh residents have been left angry and frustrated over the continued poor response time from the communications operator BT.

As a result Sinn Féin MLA Megan Fearon and Cllr Colman Burns held a meeting with BT officials on Friday, March 22. This meeting was called due to the increasing incidents of poor response times to problems in the South Armagh area.

Councillor Burns explained: “In one incident an eighty year old lady was without her phone for one whole month. This phone was a lifeline for this lady and BT’s constant excuses were extremely frustrating for the lady and her family.

“We outlined the issues and explained that people felt they were getting a substandard service. BT in response agreed that some of the issues pointed out by my party colleague and I were totally unacceptable. BT stated that they had twenty repair engineers based in the Newry area and have since added six apprentices to their team in response to correspondence from the elected reps.”

MLA Megan Fearon added: “I explained the frustration when someone rings to report a fault to BT and finds that the person you are talking to has absolutely no knowledge of the area and finds it difficult to understand the complaint.

“BT informed us that they would take this complaint back to a higher level and report back in due course.

“Sinn Féin will continue to liaise with BT to ensure a better service is provided in our constituency.”