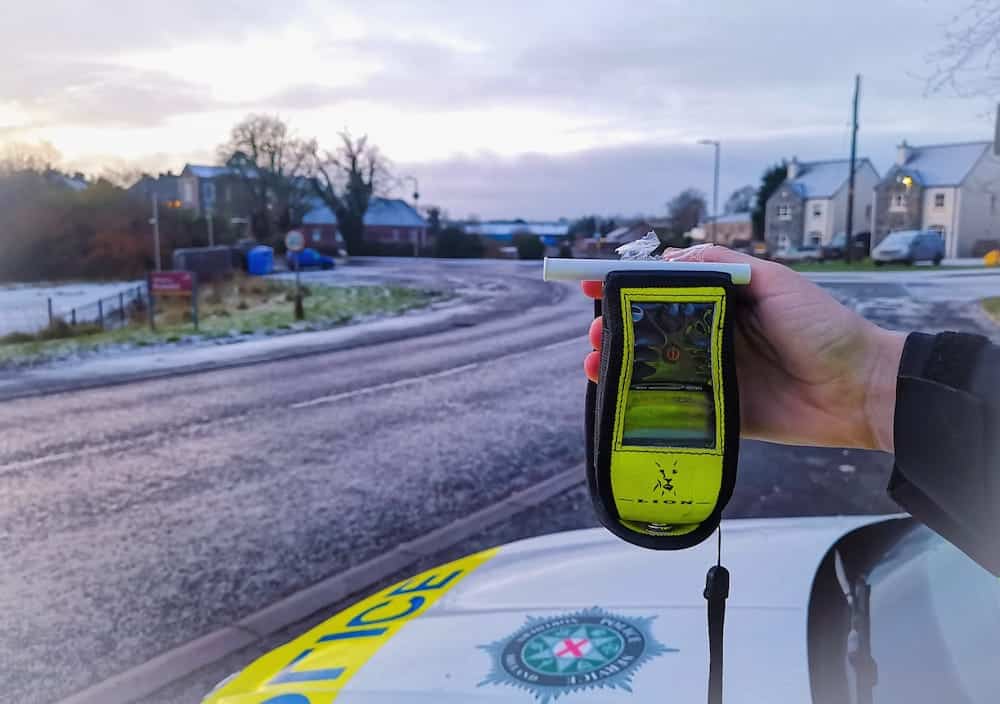 According to preliminary figures released today (Thursday), police have arrested 176 people on suspicion of drink or drug driving between December 1 and 18.

That’s 12 more than during the same period last year.

Commenting on the figures, Superintendent Gary Busch said: “When we launched this year’s operation just over two weeks ago, drivers were warned not to take any risks by drinking or taking drugs and driving.

“Unfortunately, 176 people ignored our warning. They now find themselves facing the prospect of starting the New Year with a court appearance and losing their driving license, which may have a huge impact on their life and that of their family.

“It is disappointing that a minority of people continue to disregard the safety of themselves and others, by taking the incredibly dangerous risk of driving after drinking or taking drugs.

“In addition to our authorised checkpoints, every driver or motorcyclist stopped by police, whether for speeding, using a mobile phone, or committing any moving traffic offence can expect to be breathalysed. Anyone involved in a collision or who we suspect may have consumed alcohol or taken drugs will also be tested.

“Slow down. Pay greater attention to your surroundings. Always wear your seat belt and Never drive after drinking or taking drugs.”