X Factor stars ‘Only The Young’ for Portadown’s Got Talent 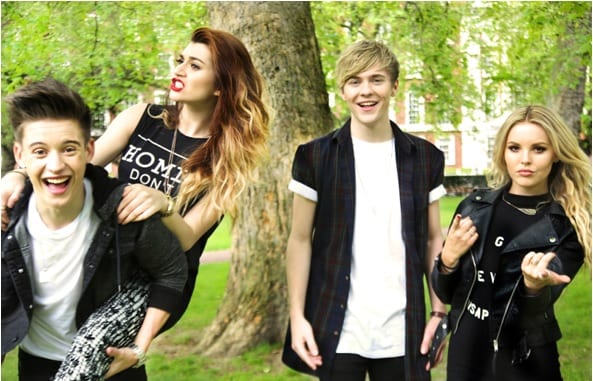 X Factor stars ‘Only The Young’ will take to the stage to headline the star studded Portadown’s Got Talent 2015 final on Friday, June 12 in Portadown Town Centre.

The free event will be hosted by Cool FM’s Gareth Stewart, and the evening of festivities on the town centre plaza kicks off at 6pm, with the 10 lucky finalists from the previous live auditions hoping to impress the high profile celebrity judges before the final public vote to decide the winner.

They will be hoping to follow in the footsteps of 11-year-old Michael Haughey, from Armagh, who has played at many events across Northern Ireland since being crowned Portadown’s Got Talent winner 2014.

After the starlets have had their moment in the limelight, the lights will go down and the audience, performers and judges will be treated to some fantastic musical performances.

First up will be local online singing sensation Emma Horan playing her signature covers, then the ever popular Microlip will play some new material and popular hits like ‘Making Money’ for their home crowd.  Mikey, Parisa, Charlie and Betsy – otherwise known as ‘Only The Young’ – will then take to the stage to entertain the crowd including a performance of their debut single ‘I Do’.

So come along and don’t miss out on this fantastic evening of FREE entertainment. Until then check out www.portadownpeoplespark.co.uk for more news on the event and to vote for the finalists.

There will also be a fantastic opportunity to be photographed with the celebrity judges in a ‘Meet and Greet’ competition.