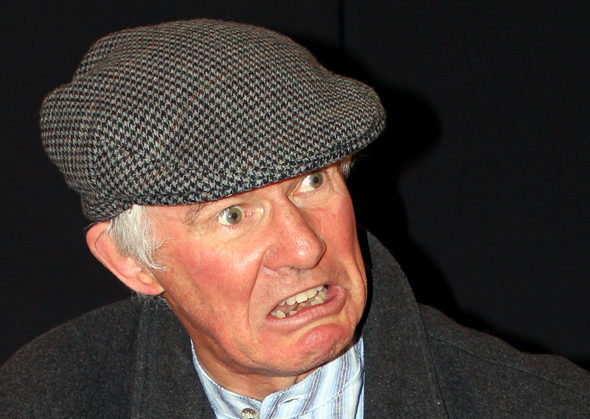 Robert Gogan, the writer, actor and Joycean enthusiast is taking his award-winning one-man show, Strolling Through Ulysses! to the Market Place Theatre

Ulysses is considered to be one of the greatest, if not the greatest, novel ever written. This year Ulysses celebrates its 100th birthday! It was first published on February 2, 1922. But how many people have ever read it? Very few, by all accounts.

Have you ever wondered what it’s all about and why it’s so celebrated? And why it’s such a difficult book to read? Now is your chance to find out, and have a great evening’s fun and entertainment at the same time, because James Joyce and Ulysses is coming to the Market Place Theatre in Armagh!

To honour this important birthday Robert Gogan, the writer, actor and Joycean enthusiast is taking his award-winning one-man show, Strolling Through Ulysses! on a Ulysses Centenary Tour around Ireland and will be performing at the Market Place Theatre for one performance only, on February 12.

Strolling Through Ulysses! tells the fun-filled story of Bloomsday – June 16, 1904 – the iconic day on which James Joyce’s Ulysses is based.

“When I started performing the show first I had no idea if people would be interested” says Gogan, “but I’ve discovered that they certainly are! I suppose one of the reasons is that the show is aimed at people who have never read Ulysses, or have tried to read it and failed. The show, just like the book, has its bawdy and irreverent moments but it’s also great fun! I have a life-long interest in Joyce’s work, particularly Ulysses. I love standing up in front of people and telling them all about the book and portraying some of the quirky characters and presenting some of the hilarious scenes, without compromising in any way the integrity of the great novel.

To most people’s surprise Ulysses is a very funny book and Joyce wrote it with the full intention of making people laugh. He once famously declared, ‘there is not one serious line in it’, and I think that Strolling Through Ulysses! certainly proves that! The feedback from audiences to date has been amazing and very positive. The main comment I hear after shows is ‘I never knew that Ulysses was like that!’ ”

Strolling Through Ulysses! is branded ‘over 16’s’ by Gogan. “I’m being a bit cautious here”, he says, “because there are several events in the book where Joyce reduces some bodily functions of the characters to a very basic and amusing level. I don’t sensationalise these instances, and neither does Joyce in the book, but I do include some of them in the show. I don’t want to upset any parents who might not like to expose their children to any such matters”.

Gogan was awarded the Best Actor honour at the Galway Fringe Festival in 2019 for his performance in Strolling Through Ulysses!

He has also produced a new edition of Ulysses, which he calls Ulysses Remastered Centenary Edition. This new edition includes some additional punctuation to help the reader to understand, and enjoy, the great novel. The book will be available in the Market Place Theatre after the show.

So join in the centenary celebrations and take a stroll through Ulysses with Robert Gogan in the Market Place Theatre on Saturday February 12, 8pm (subject to Covid regulations).