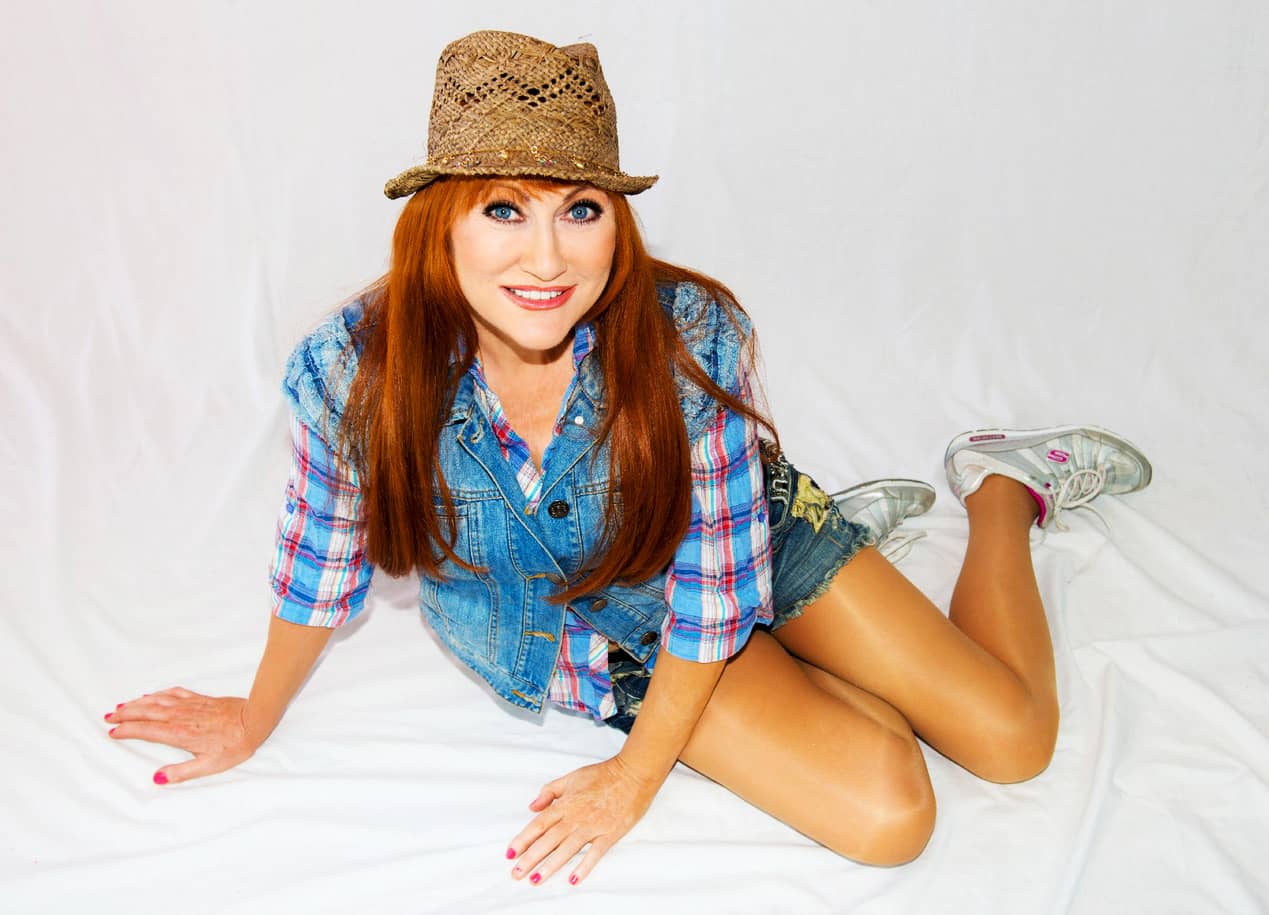 Just six weeks after losing her sister to breast cancer, Newry-born Rose-Marie is coming to the Market Place Theatre in Armagh, when she will play the best friend of the tragic songbird Eva Cassidy, who died in 1996 at just 33 years of age.

A singer hailed as the ‘The Irish Bette Midler’ – who has sold some 15 million albums worldwide is coming home in this star-studded show that has won standing ovations across Europe.

Rose-Marie was raised, along with her five siblings, on a farm outside Newry. She first attempted a career as a hairdresser but, after cutting off a piece of a woman’s ear, she tried her hand at singing!

Now Rose-Marie is one of only a handful of Irish female artists with a strong enough repertoire to pull in audiences for a one-woman show in the British Isles, Europe and also Las Vegas, from where she recently returned after five years.

Rose-Marie stars as Mary Anne Redmond in ‘Over The Rainbow – The Eva Cassidy Story’, as the best friend of the world-famous vocalist and guitarist Eva Cassidy, in an endearing stage show that tells of her life and times.

Eva Cassidy was a virtual unknown at the time of her death in 1996, aged just 33. Yet, just four years later, following extensive airplay by Sir Terry Wogan, Eva’s jazz and blues renditions became a sensation with her album topping the UK charts.

Over the Rainbow is a compelling award-winning musical, which tells the life story of the legendary artist, following Eva’s life through dramatic scenes and stunning live renditions of her music including a haunting interpretation of Somewhere Over the Rainbow.

Eva is played by Nicole Faraday – a star of Emmerdale and Bad Girls – who perfectly recreates the magic of Eva’s best-loved songs.

The show at Armagh comes near the end of a 40-date tour throughout September and October, within which Rose-Marie took the opportunity to raise the awareness of breast cancer.

Rose-Marie said: “I lost my sister Kathleen to breast cancer just six weeks ago and, as October was National Breast Cancer Awareness Month, I have been sending out a message to urge woman to be vigilant.”

The death of her sister is the second cancer heartbreak for Rose-Marie this year.

However, the show must go on and Rose-Marie has been winning over new fans with her role in Over The Rainbow.

Rose-Marie, who is releasing a new album called Songs For My Mother – a recording that looks to add to the phenomenal tally of 15 million album sales worldwide – said: “This is a magical show – much more than a musical life story. This is a show for anyone who has lost someone they love; it’s a thoroughly entertaining and memorable experience.”

Songs such as Fields of Gold, Songbird, Autumn Leaves, Kathy’s Song and the epic Over the Rainbow help recreate a sad but uplifting love story with the cast of multi-talented West End performers.

The show depicts Eva’s humble beginnings to her popular, almost spiritual performances that depicted her status as a true artist, with no interest in fame or fortune, and contains projection and original footagefrom Eva Cassidy’s life.

Rose-Marie added: “I am delighted to be back in the UK, singing in a show with some of my favourite songs. This show pays a genuine and heartfelt tribute to a true artist who was not interested in fame and fortune, but wanted nothing more than to create beautiful music.”

From its first performance in 2004, Over the Rainbow has moved people immensely with sell-out performances and standing ovations throughout the UK and Europe.

Over The Rainbow – The Eva Cassidy Story will be performed at The Market Place Theatre, Armagh, on Wednesday, November 5, at 8pm.

Tickets are available from the box office on 028 3752 1821 or online at http://www.marketplacearmagh.com/