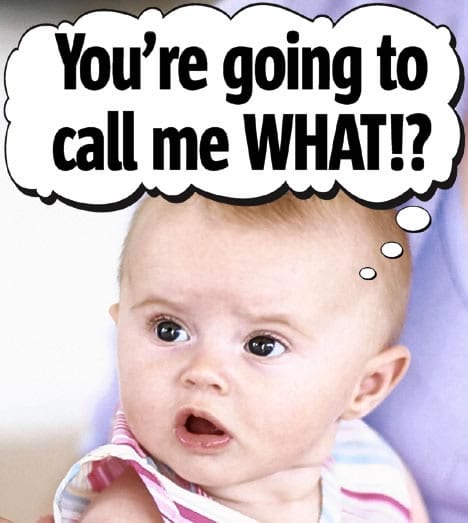 Have you recently had a baby? What did you call him or her?

Figures released by the Northern Ireland Statistics and Research Agency (NISRA) indicate that, for births registered in 2014, Emily and Jack were the most popular first names given to baby girls and boys.

Jack was the most popular first name given to baby boys in 2014. James followed a close second, followed by Daniel.

Some of the less common names given to baby boys in 2014 were Devin, Kaanye, Peanut, Princeton and Rocco.

Emily was the most popular first name given to baby girls in 2014. Grace, which was joint first with Emily in 2013, came in second in 2014, closely followed by Sophie.

Over the past 15 years, Katie has held the top position on six occasions, Chloe and Sophie each on three occasions, Emily on two occasions (one of which was joint with Grace), and Emma and Grace each on one occasion.

Some of the less common names given to girls in 2014 were Blessing, Piper, Coco, Texas, Suri, Mazie and Daisie.