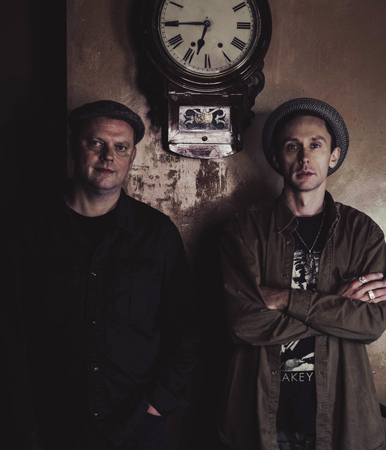 David Lyttle and Phil Robson are internationally-acclaimed, awarding-winning jazz performers based in Ireland. Together they explore the lesser-heard drums|guitar duo sound, performing standards and their own music.

Based between New York and Ireland, Derby born Phil Robson is one of the world’s leading jazz guitarists. A high-profile band leader who has collaborated with cutting edge players such as Mark Turner, Billy Hart, Dave Liebman and Christine Tobine, he is also known for his work with seminal UK jazz group Partisans and has backed John Dankworth, Cleo Laine and Barbra Streisand.

Jazz Juniors is an Arts Council of Northern Ireland-funded national youth programme launched by Jazzlife Alliance. Its nine members, aged 10-16, will work with David Lyttle and other international names throughout the year and perform concerts throughout Northern Ireland.