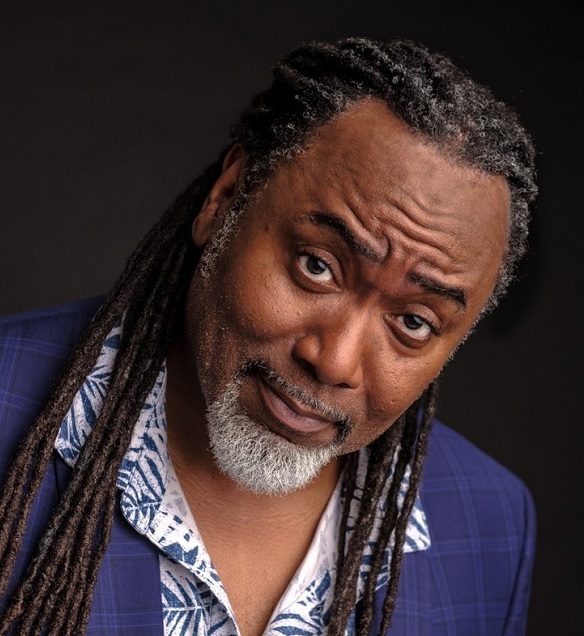 Most people would probably think a national comedy tour couldn’t be possible in the midst of a global pandemic, with all the restrictions around reduced capacities and getting everyone home safe by 8pm.

But “stand-up comedy’s coolest customer”, Reginald D Hunter is not most people – and he is determined to bring his searingly honest and brutally funny commentary to his favourite Irish venues.

So over the next few weeks, he’s coming to a venue near you – including Armagh this Sunday!

If you fancy catching his show this Sunday, just fill in your details below. We’ve two pairs of tickets to giveaway. We’ll email the winner on Friday afternoon – with tickets available from the Box Office on the night under the name supplied below.

The team at Róisín Dubh Comedy have worked relentlessly to rejig the plans over and over, in order to make the tour happen in as many of the planned venues as possible. They’ve swapped, dropped and even added some shows in order to bring you Reginald D Hunter’s Bombe Shuffleur Tour.

It all kicks off with two evenings in The Spirit Store Dundalk on Friday January 21 and Saturday January 22 January and over the following three weeks visits Armagh, Westport, Sligo, Galway (with a second show added), Limerick, Portlaoise, Waterford (with a second show added), Cork, Kilkenny and Dublin. The Irish leg of the tour finishes in Belfast on Wednesday February 9.

Unfortunately, along the way we’ve lost the Letterkenny, Wexford and Clonmel shows, but Reginald promises to make it up to those fans next time round. With venue capacity reduced to 50% in ROI until the end of January, lots of shows are now sold out or very close to it. So if you fancy some comedy in your life of the Reginald D Hunter kind, check out ReginaldDHunter.com and see if there’s tickets available for a show near you.

Just like everyone else Reginald D Hunter hasn’t been around for a while, but he’s back touring the theatres of Ireland and the UK with a brand-new show, and there’s no time for niceties. He’s also playing some warm up gigs in a few of his favourite Irish clubs, which gives comedy fans a truly special chance to catch him in an intimate setting.

More than 20 years since moving to the UK from the US, three-time Perrier Award nominated Reginald has forged a reputation for delivering unadulterated comedy of the highest order. His TV appearances include Live at the Apollo, Have I Got News for You, and 8 Out of 10 Cats Does Countdown, whilst he drew widespread acclaim for his two series for the BBC, Reginald D Hunter’s Songs Of The South and Reginald D Hunter’s Songs Of The Border.