Laid back sounds at the Market Place Theatre in Armagh 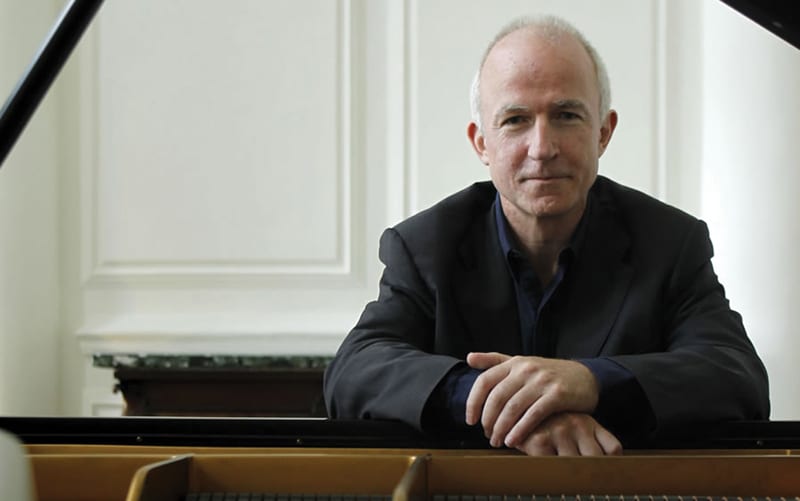 The Market Place Theatre in Armagh continues its programme of diverse and wide-ranging music with a classical performance by Hugh Tinney and superb jazz with The Gerry Rice Quartet.

Since winning first prize at both the 1983 Pozzoli and 1984 Paloma O’Shea piano competitions in Italy and Spain, Hugh Tinney (pictured) has performed in more than thirty-five countries throughout Europe, the USA, Latin America and the Far East. A prize in the 1987 Leeds Piano Competition earned him a busy career in Great Britain performing with many major orchestras including the London Philharmonic, Royal Philharmonic, Philharmonia, Royal Liverpool, Royal Scottish and BBC National of Wales. He was awarded an Honorary Doctorate in Music by the National University of Ireland in 2007.

The programme for the evening will include two of Beethoven’s most loved sonatas, the ‘Moonlight’ and the ‘Waldstein’, as well as a group of Chopin works that includes the great Ballade in F minor. The Beethoven and Chopin frame four pieces from Irish composer Raymond Deane’s 2011 cycle ‘Noctuary’. Hugh Tinney will perform for one evening only on Friday 20th November at 8pm. Tickets are priced £15 and £13 (concession).

You can start the Christmas Jazz celebrations early on Saturday 21st November! Taking centre stage at the Christmas Jazz Supper Evening will be the hugely popular Gerry Rice Quartet who will provide the smooth, laid-back and accessible jazz sounds for the evening.

The menu for the evening will include Maryland southern fried chicken filet with chilli butter, New York style BBQ sticky ribs, Braised beef with wild mushrooms and ‘Jack Daniels’ sauce, all served with a selection of fresh breads, Cajun and garlic potato wedges and assorted salads and dressings. Tickets for the evening are priced £11 for the performance only or £21 including supper.

Details of all events can be found online at www.marketplacearmagh.com, and tickets can be booked by contacting the Box Office on [028] 3752 1821. And to keep up-to-date with the latest news at the Market Place Theatre, you can follow us on Facebook (www.facebook.com/marketplacearmagh) and Twitter (www.twitter.com/mptarmagh) where you will find all the latest information, special offers and video previews.