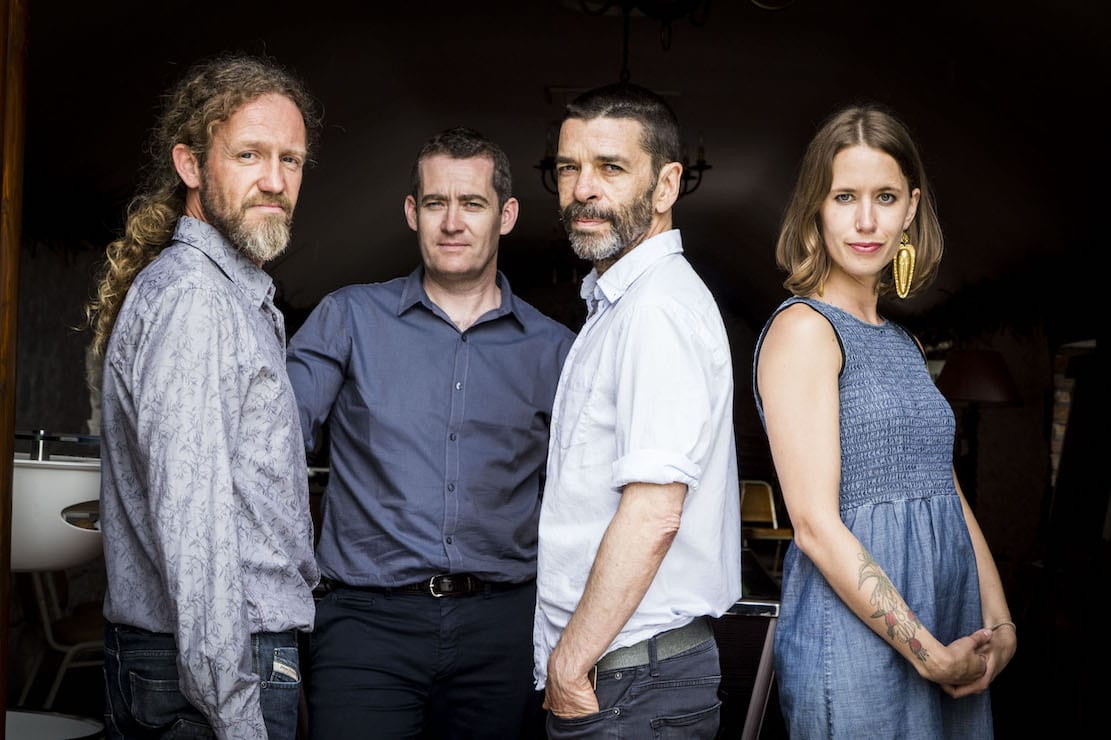 A former Riverdance star has joined forces with some top Irish traditional musicians to present an exciting new not-to-missed stage show which is currently on tour in Ireland and will play at The John Hewitt International Summer School at The Market Place Theatre in Armagh on Wednesday, July 25.

Mixing contemporary and traditional music with dance, this theatrical show is an exciting celebration of melody and rhythm.

“Edges of Light” draws from a unique and little known Irish idiosyncrasy: the rising of the sun at Dunsink Observatory occurs 25 minutes and 21 seconds later than at Greenwich, meaning that 8pm Dublin Mean Time occurs at 8.25 pm GMT!

Combining the play of dance with an adventurous musical spirit, the quartet conjure up a beautiful soundscape, weaving simple and complex textures of melody and rhythm inspired by the natural sounds and shimmering patterns of light that announce Ireland’s day.

Mixing contemporary and traditional music with dance, this theatrical show is an exciting celebration of melody and rhythm.

Best known for his performances and choreography in Riverdance and Dancing on Dangerous Ground, Colin Dunne has toured with musical groups The Chieftains and De Dannan and performed at such venues as Madison Square Garden and Radio City Music Hall.

This ensemble was originally invited by Music Network to perform together for a specially curated tour of Ireland in September 2016 and with the help of A touring grant from the Arts Council of Ireland, they have been able to revive the show for performances at Festivals in different parts of Ireland this year.

The combined skills and imaginations of these hugely talented artists will provide an experience not to be missed.

Tickets at £12.00 are available from The Market Place Theatre on 028 3752 1821 and online at www.visitarmagh.com/marketplacetheatre.