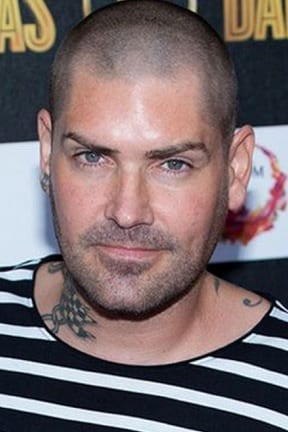 Boyzone star Shane Lynch has been confirmed as one of the celebrity judges for this month’s big Portadown’s Got Talent competition.

The Dubliner, who enjoyed a string of chart-toppers with fellow band-mates Ronan Keating, Mikey Graham, Keith Duffy and the late Stephen Gately, will be helping to choose the cream of the crop from the hopefuls lining up in the Co Armagh talent spectacular.

Portadown’s Got Talent 2 will light up Portadown Plaza on Friday, June 12, with an array of talent both on and off the stage!

Hosted by Gareth Stewart from Cool FM, the talent show will kick off the evening’s festivities at 6pm with competitors hoping to impress the high profile judges.

The 10 lucky finalists from the previous live auditions will have their moment in the limelight battling it out for some VIP prizes kindly provided by local businesses, including a limo experience from I Do Wedding Cars, fashion from Hanger 13, an exclusive studio session from Kirsty-Lyn Photography, hair styling from Peter Mark and a £100 gift voucher donated by High Street Mall.

The judges will then select the semi-finalist acts before the public vote to decide the overall winner.

The audience, performers and judges will then be treated to some fantastic musical performances from local online singing sensation Emma Horan, the ever popular Microlip before Mikey, Parisa, Charlie and Betsy otherwise known as ‘Only The Young’, of X Factor fame, take to the stage to entertain the crowd.

All are invited to come along and enjoy this fantastic evening of free entertainment.

Until then check out www.portadownpeoplespark.co.uk for more news on the event and to vote for the finalists.

There will also be a fantastic opportunity to be photographed with the celebrity judges in a ‘Meet and Greet’ competition.